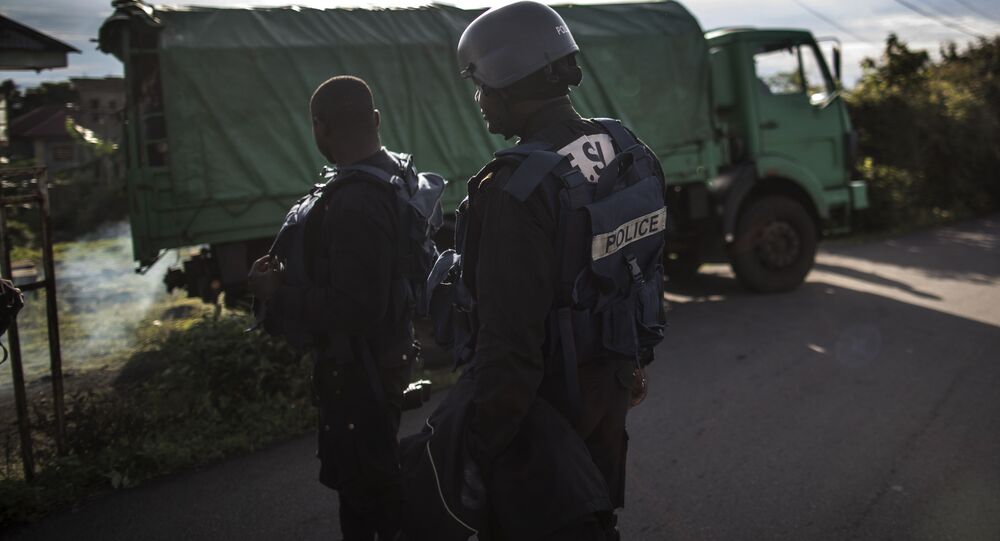 MOSCOW (Sputnik) - Sisiku Julius Ayuk Tabe, the self-proclaimed president of Ambazonia, an unrecognized English-speaking breakaway region in southwestern Cameroon, and nine of his followers were handed life sentences on 20 August by a military tribunal in the capital of Yaounde, Jeune Afrique magazine reported.

The tribunal also ordered them to pay $422 million in damages for their activities in the country, the publication said.

Before the start of the trial in December, the self-proclaimed president and his followers spent almost a year in custody before being transferred to a high-security prison in Yaounde. Ayuk Tabe was arrested along with his followers in the Nigerian capital of Abuja and extradited to Cameroon in January 2018.

Ambazonia is an unrecognized entity in the southwest of Cameroon with a predominantly English-speaking population. It was a part of Southern Cameroons, once a UK-controlled territory. In 1961, it gained independence from the United Kingdom and united with the French-speaking Republic of Cameroon. Since the 1990s, separatists have been ruling this region.

In October 2017, separatists proclaimed the independence of the Federal Republic of Ambazonia and formed an interim government in exile, headed by Ayuk Tabe. The Cameroonian government later proclaimed that the separatist declaration had legal grounds. In November 2017, the president of Cameroon, Paul Biya, declared war on Ambazonia.