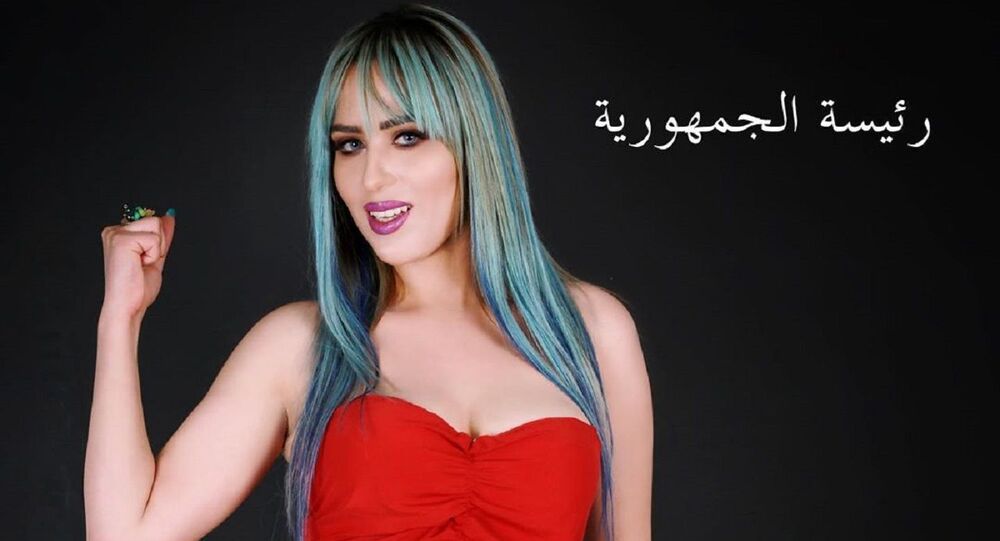 Having secured more than enough voter signatures to become a presidential candidate, the belly dancer revealed that she is taking part in the election after being urged to run by fans.

Nermine Sfar, a 21-year old belly dancer known for her risqué performances and her habit of posting revealing selfies on Instagram, is bidding to become President of Tunisia during the upcoming election, the Daily Star reports.

According to the newspaper, Sfar, who has already collected 35,000 voter signatures, which is more than enough to be eligible to take part in the election as candidate, said that Tunisia will become "a country of art and freedom" if she wins, and that the country will be "better than Italy", so that "people will no longer think about leaving it".

Some of the policies Sfar promises to implement include lowering the price of bread and banning the hijab, replacing it with a traditional Tunisian headscarf known as the safseri.

She also promised to introduce fines for unfaithful men, as well as for men who promise to marry a woman but then don’t fulfil their promise.

Sfar also said that she entered the presidential race in response to requests from her fans.

The presidential election in Tunisia is scheduled to take place on 15 September, with the final list of presidential contenders to be published on 31 August.

Some of the more prominent candidates include media mogul Nabil Karoui, Mohamed Abbou of the centrist Democratic Current party and Abir Moussi of the right-wing Free Destourian Party.