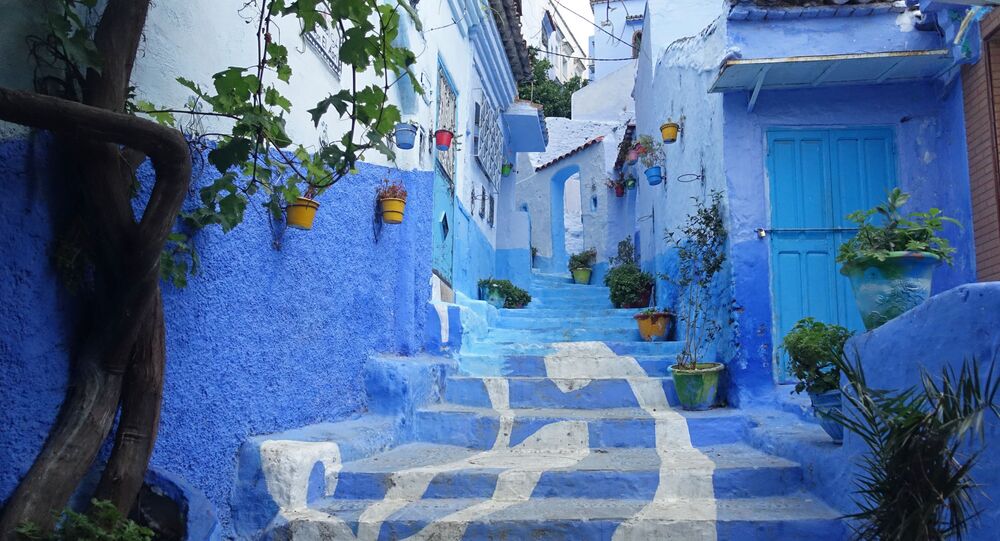 The young women were part of a group of 37 people on a summer volunteer project in a small Moroccan village. The reported calls to have them decapitated brought back to the spotlight the brutal assassination of two Scandinavian tourists by suspected Moroccan jihadists late last year.

The man purportedly wanted to "teach a lesson to those who do not respect the Muslim faith", therefore he ostensibly called for the women to have their "heads cut off" on social media.

Moroccan police have confirmed that the suspect was arrested on Monday and will be prosecuted for "incitement to terrorist acts".

The Bouworde organisation, which sent a group of 37 young people, including the Belgian girls, to Morocco to help build a road in the village of Adar, has already announced that it was scrubbing all its camps in the North African country following the incident.

"We have been advised not to send new groups to Morocco. We will follow this advice and we have decided to cancel all the following camps in Morocco", it wrote on its website.

According to Bouworde, the Moroccan authorities have reassured it that everyone would be safe, however promised to repatriate any other volunteers who felt unsafe there. For the time being, 34 people have chosen to stay.

The situation has triggered a massive campaign on Facebook and beyond, with Moroccans planning to stage a demonstration on a Casablanca beach on 10 August to support the Belgian women. In a Facebook page, "YES WE SHORT!", launched after a petition, "Everyone in shorts", gathered more than 1,000 signatures, over 300 users RSVP'd to the event, while over 1,400 are "interested".

"We will meet all in SHORTS at the Corniche, Ain Diab, on Saturday, 10 August to march and do some plogging in order to send a message to the obscurantists who want to impose the extreme thought and destroy the image of our country", the message on the Facebook page reads.

The event also called on people to send flowers to Bouworde to thank the Belgian volunteers.

The disturbing reports come a few months after the bodies of two Scandinavian backpackers, Maren Ueland from Norway and Louisa Vesterager Jespersen from Denmark, were found in a popular tourist destination in the Atlas Mountains of Morocco.

One of the victims was beheaded, while another sustained serious neck wounds. The murderers, who were sentenced to death last month, reportedly pledged allegiance to Daesh* before the double killing.