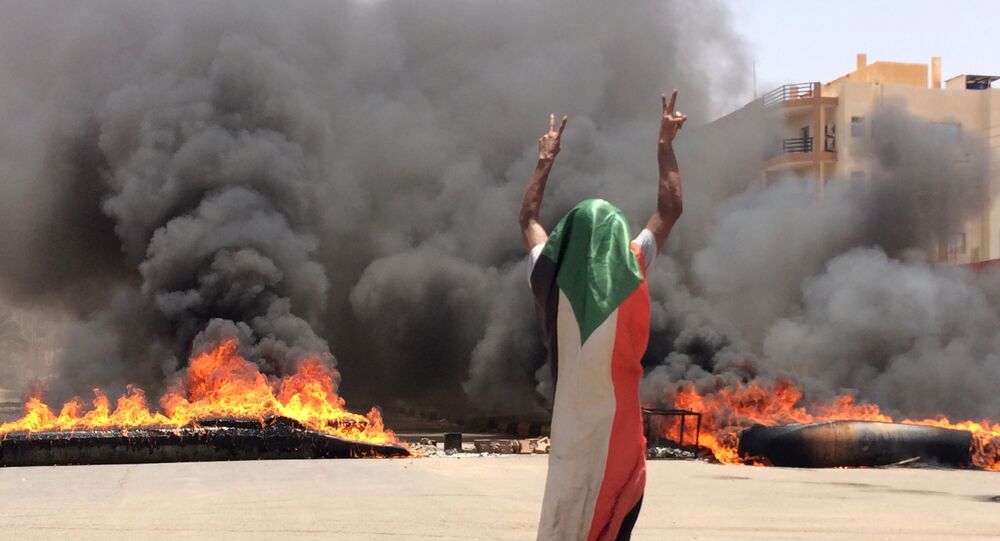 CAIRO (Sputnik) - At least four people were shot dead at a peaceful rally in the Sudanese city of Omdurman on Thursday, the Central Committee of Sudan Doctors (CCSD) said. The tragedy took place days after another deadly incident in the city of El Obeid in North Kurdufan state.

Back then, students took to the streets demanding better living conditions as well as lower fuel and bread prices.

"Four (4) Sudanese civilians were killed in Omdurman city after live ammunition was released at peaceful protesters during today’s processions, in addition to several wounded", the CCSD statement, released on Facebook, said.

The provincial administration claimed that some protesters attempted to attack the Sudanese French Bank during the rally. The security guards opened fire on the protesters, killing six and injuring about 60 people.

Sudan’s Transitional Military Council (TMC) has reportedly pinned the blame on the teachers' committee, which is a part of the opposition Sudanese Professionals Association (SPA), for the tragedy in El Obeid.

"The involvement of a group of young people who took students to the streets with the participation of teachers was confirmed. Their names are known, they are also known to belong to the teachers' committee, which is a part of the Sudanese Professionals Association (SPA). The necessary measures will be taken against these people", the TMC Security and Defense Committee said, as cited by Sudanese news agency SUNA.

The Sudanese Professionals Association (SPA) has been reportedly considered as one of the key groups behind the protests in the country.

The African nation has been engulfed by protests since December.

The rallies were initially triggered by the rise in price for bread but later took on a new turn as Sudanese citizens began calling for the resignation of the country's long-term leader, Omar Bashir.

The situation escalated in early April when Bashir was detained by the country's military. The Transitional Military Council promised to hold a new election in two years’ time. However, protesters continued to hit the streets, demanding the military to hand power to a new civilian government.