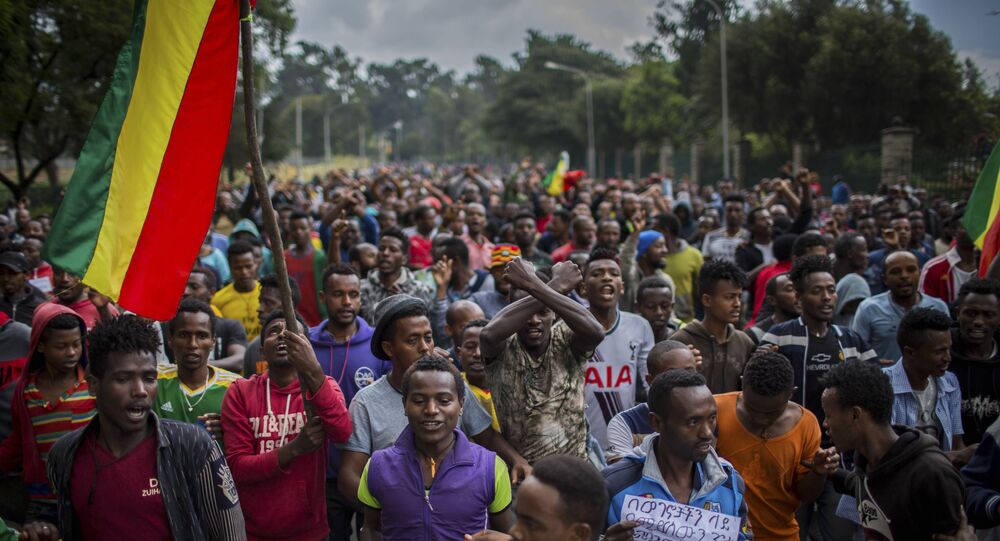 An Ethiopian army brigadier general accused of leading a failed coup against a regional government has been killed in a shootout with the security forces. Sputnik looks at the ethnic puzzle which is Ethiopia and muses about whether it is about to fall apart.

Brigadier General Asamnew Tsige was killed on the outskirts of the city of Bahir Dar, on Monday, 24 June, two days after he led an abortive coup to take over his native Amhara region.

Ethiopian forces had been hunting down Asamnew since soldiers loyal to him killed the regional governor Dr Ambachew Mekonnen and his adviser Ezez Wasie.

A few hours later the Chief of Staff of the Ethiopian Army General Seare Mekonnen was assassinated by a bodyguard.

Before Asamnew Tsige, ADP security chief and secret member of ABN/NAMA, was activated to strike high-ranking Amhara officials and the chief of staff, the man was openly recruiting and training militias in plain sight. Both regional & fed gov did nothing then #Ethiopia

​Flags are flying at half mast in the capital, Addis Ababa, and the internet remains shutdown across Ethiopia as Prime Minister Abiy Ahmed attempts to make sure the ethnic tensions behind the weekend’s incidents do not erupt again. 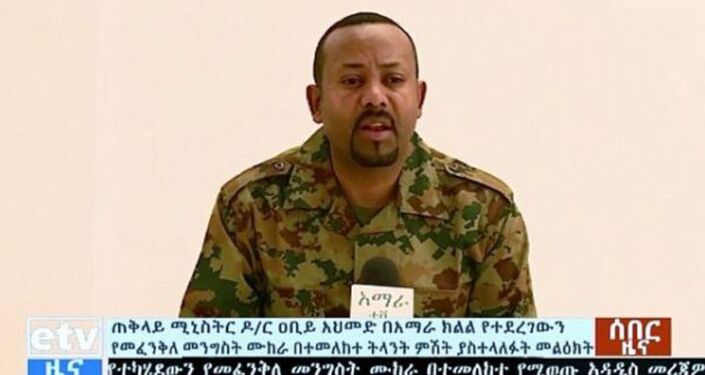 Mr Ahmed, 42, a former army intelligence officer, donned a combat uniform again on Sunday, 23 June, as he made an appeal for calm on Ethiopian television.

Ethiopia, a nation of 110 million people, has seen phenomenal rates of economic growth in recent years but the boom has not stopped growing ethnic tensions between different tribes, which have led to violence which has displaced 2.4 million people.

​Ethiopia - once known as Abyssinia - is a patchwork of different tribes which have always been held together by strong rulers.

A dynasty of emperors ruled the country for centuries - apart from a brief period of Italian colonial rule under Mussolini’s fascist regime - until Haile Selassie was deposed in 1974 and killed the following year.

He was replaced by a hardline communist regime known as The Derg, which was led by Colonel Mengistu Haile Mariam.

They ruled with an iron hand and stamped down on any attempts to whip up ethnic tensions between the various groups.

But after the collapse of the Soviet Union, The Derg was defeated militarily by Eritrean separatists and by the EPRDF, a rebel alliance made up of the Tigray People’s Liberation Front (TPLF), the Amhara Democratic Party, the Oromo Democratic Party and the Southern Ethiopian People’s Democratic Movement.

​The TPLF - which hailed from the Tigray region of northern Ethiopia - was the most dominant clique and its leader, Meles Zenawi, was Prime Minister of Ethiopia from 1995 until his death in 2012.

Eritrea was granted independence in 1993 and while it remained impoverished and insular, Ethiopia sucked in foreign investment from China and elsewhere and recorded rising living standards in the first decade of the 21st century.

​Zenawi died suddenly in 2012 and was replaced by Hailemariam Desalegn, who hailed from the Wolayta tribe in southern Ethiopia.

Desalegn maintained similar policies to Zenawi and the Ethiopian economy continued to boom but he freed political prisoners - including Brig. Gen. Tsige - and loosened the EPRDF’s grip on power.

The alleged organiser of #Ethiopia’s Amhara coup attempt Asaminew Tsige was among a group of top army officers released from jail last year when the previous govt freed political detainees in response to public pressure. He’d been in custody for 8yrs for allegedly plotting a coup

​As the country’s population has grown, competition for resources including water, land and housing, has triggered increasing numbers of flashpoints between different ethnic groups.

Oromo nationalists, who claimed they had been oppressed under Zenawi, have become increasingly truculent in recent years and now the Amhara are flexing their muscles. Brig. Gen. Tsige had been stoking up Amhara resentments with the Gumuz tribe, which had led to several deaths earlier this year.

​He was said to be recruiting an Amhara militia and many of those involved in the weekend’s events were said to be militiamen.

According to the World Population Review, the largest ethnic group in Ethiopia is the Oromos, who make up 34 percent of the population.

So there is nobody left to tell z other side of z story...opening a new chapter of disarray in #Ethiopia pic.twitter.com/JzrZ1MOxEL

​The Amhara make up 27 percent while the remainder are Somali (6.2 percent), Tigrayan (6.1 percent) and various smaller tribes, many of them in southern Ethiopia.

Abiy Ahmed is an Oromo but he remains chairman of the EPRDF and is conscious of the dangers of letting the simmering Ethiopian pot of ethnicities boil over.

The next few days and months will show whether he is capable of keeping the lid on those ethnic tensions.