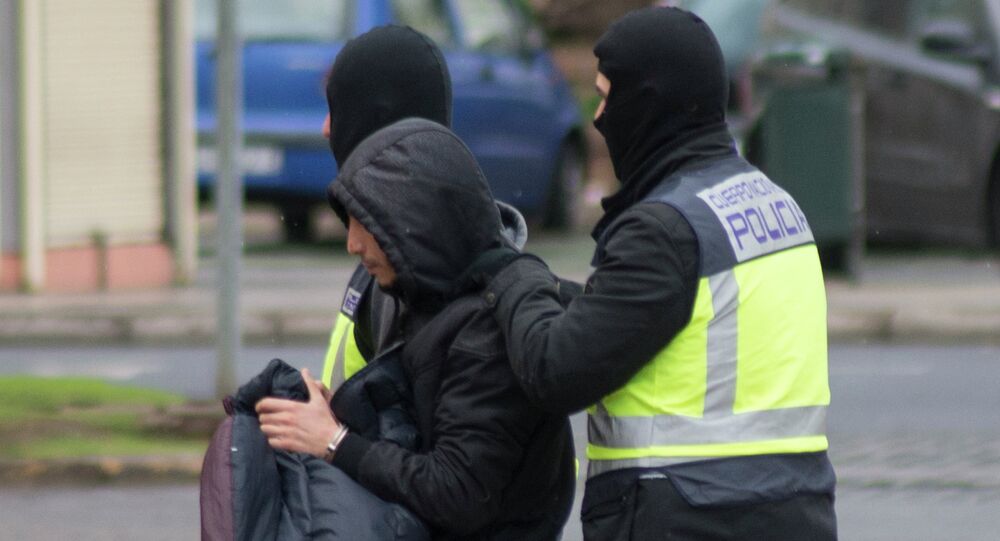 CAIRO (Sputnik) - The security forces of Morocco have detained militants of the Daesh* terrorist group who were plotting terrorist attacks in the kingdom, the country's General Directorate of National Security (DGSN) said on monday.

"Based on accurate intelligence information, the Central Bureau of Judicial Investigations under the General Directorate for Control of National Territories managed to detain in the cities of Errachidia and Tinghir members of the IS-affiliated [Daesh] terrorist cell, who were going to commit terrorist attacks in the kingdom", the DGSN said on Twitter.

According to the statement, the cell consisted of three militants aged 26 to 28.

Earlier in May, the country’s Central Bureau of Judicial Investigation (BCIJ) said the Moroccan authorities have detained eight members of a terror cell in the northern port city of Tangier.

© AP Photo / Mosa'ab Elshamy
Hikers' Carnage: Proximity to 'Islamist Hotbeds' Libya, Algeria Makes Morocco Vulnerable - Ex-MEP
During the operation in the northern port city of Tangier, the security forces seized several electronic devices, bladed weapons, a piece of black fabric symbolizing the Daesh flag, military uniform and two underwater firearms. The detainees are suspected of being involved in the propaganda of terrorism, according to the BCIJ.

According to local media reports, citing  estimates, the current number of Moroccans fighting in the ranks of various terror groups is between 1,300-2,000, while an estimated 1,000 have reportedly returned to the kingdom. Rabat, however, is managing terror threats within its borders, according to sources.

READ MORE: 15 Charged With Terrorism Over Beheading of Two Tourists in Morocco