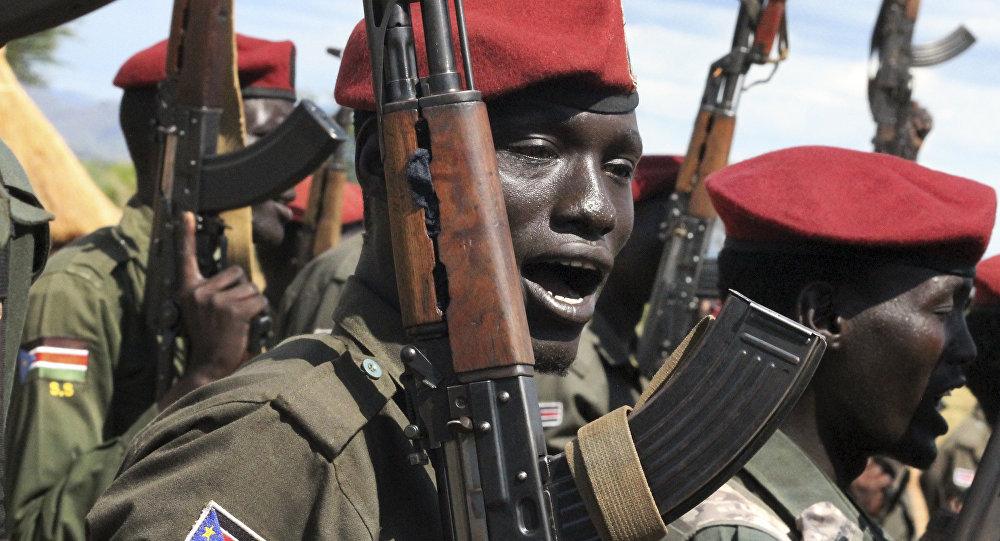 MOSCOW (Sputnik) - The African Union (AU) condemned on Monday the Sudanese army for using excessive force against civilians at a sit-in protest that caused many deaths, Chairperson of the African Union Commission Moussa Faki said.

"The Chairperson of the African Union Commission, Moussa Faki strongly condemns the violence that erupted today which led to reported deaths and several civilian injuries. In this regard, he calls for an immediate and transparent investigation in order to hold all those responsible accountable. The Chairperson calls on the Transitional Military Council to protect the civilians from further harm", the AU said in a statement.

Faki also called on all international partners to reinforce common efforts toward the immediate cessation of the violence in Sudan and called for the resumption of negotiations between the TMC and opposition.

Earlier in the day, the opposition announced it had ceased negotiations with the TMC and started a civil disobedience action, accusing the military junta of dispersing peaceful demonstrators. The opposition also called on the Sudanese people to take to the streets in order to urge the military to give up its power.

© REUTERS / Mohamed Nureldin Abdallah
Ex-Sudanese President to Be Interrogated in Money Laundering Case – Source
Local media reported earlier in the day that the forces of the Transitional Military Council (TMC) had started a crackdown on a sit-in protest in the capital of Khartoum, organized back on 6 April, by firing at the demonstrators. According to the opposition Central Committee of Sudan Doctors, over 30 protesters have been killed, with hundreds of injured.

The TMC, in turn, said that their operation was not aimed at peaceful protesters but instead meant to target criminals in a local problem district, and expressed hope that negotiations with the opposition would continue.

Sudan experienced a military coup on 11 April following months of mass demonstrations. Then-President Omar Bashir was subsequently overthrown and detained after almost 30 years in power. The military then took over and pledged to organize a new presidential election within two years. Protesters meanwhile remain in the streets demanding that the military yield power to a civilian authority.