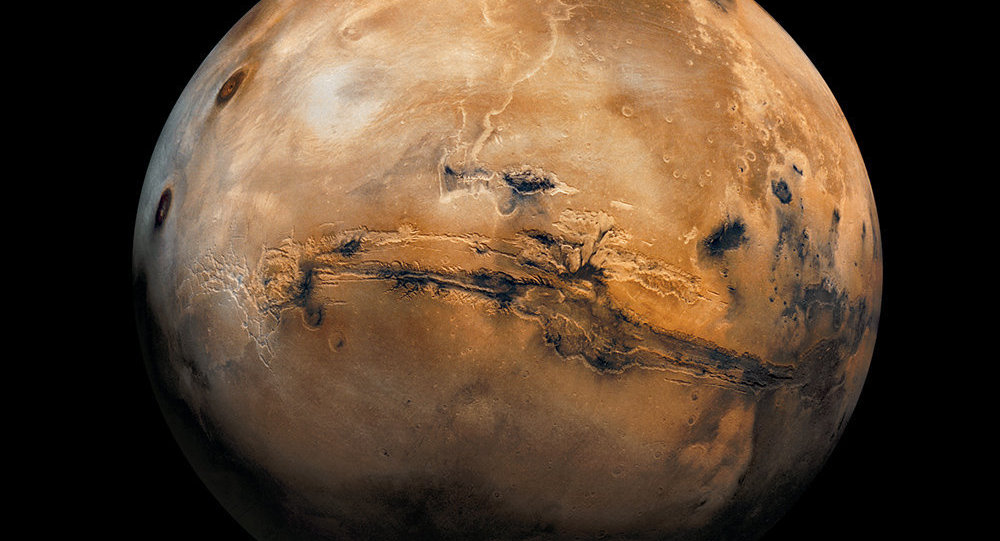 The exotic geochemistry of the Dallol volcano in northern Ethiopia makes it very similar to environments that would have been found on the Red Planet, claim researchers.

Researchers have come across a strain of bacteria capable of thriving in temperatures of 89C and extreme acidity of pH 0.25 – conditions that resemble the early days of the red planet, a paper published in Scientific Reports says.

They may be tiny, but the importance of their discovery cannot be overestimated, as the nanobacteria found for the first time in an Ethiopian volcano could hold the key to the mystery of how life could have once thrived on Mars.

© NASA .
Clue to Why Mars Is Barren REVEALED in New Water-Cycle Study
Lead researcher Dr Felipe Gomez, from the Astrobiology Centre in Spain, said: “This is an exotic, multi-extreme environment, with organisms that need to love high temperature, high salt content and very low pH in order to survive.”

The area in question is saturated in various salts, including silver chloride, zinc iron sulphide and rock-salt.

The hydrothermal activity of the Dallol volcano is powered by water heated by the shallow magma reserve beneath it.

The team brought back to Spain sterile, sealed vials that contained thin layers of salt deposits that were analysed with the help of electron microscopy, chemical analysis and DNA sequencing.

That is when scientists found that tiny, spherical structures inside the salt samples were in fact tiny microbes (Nanohaloarchaeles) thriving in compact colonies. Each microbe is 20 times smaller than the average bacteria.

“The presence of life in the Dallol hot springs expands our understanding of the limits of habitability on Earth and beyond,” researchers wrote in the paper, published in Scientific Reports.

“Deep investigation of the characteristics of this amazing site will improve our understanding of the limits of life on Earth and inform our search for life on Mars and elsewhere in the universe,” said Dr Barbara Cavalazzi, from the University of Bologna.

“However, future work is needed to understand how these nanobacteria survive in such an extreme environment,” concluded the scientists.

The Dallol volcano, 125 metres below sea level, boasts a highly unusual geochemistry, rendering it very similar to hydrothermal environments that would have been found on the Red Planet, including the Gusev Crater, the landing site for  NASA’s Spirit Mars Exploration Rover.

While the Mars we know today is dry and desolate, more recent research is revealing what it may have been like between three and four billion years ago, covered with large bodies of water.

Two missions are scheduled to be launched to Mars in 2020.

NASA's Mars mission will include a new and improved rover modelled on Curiosity's structure that is tasked with looking for traces of ancient life on Mars.

Europe also has a Mars rover in the works, the Rosalind Franklin rover, set to blast off in roughly the same window as NASA's 2020 mission.

This rover will search for life and its traces within the top 6.5 feet of the Martian surface.