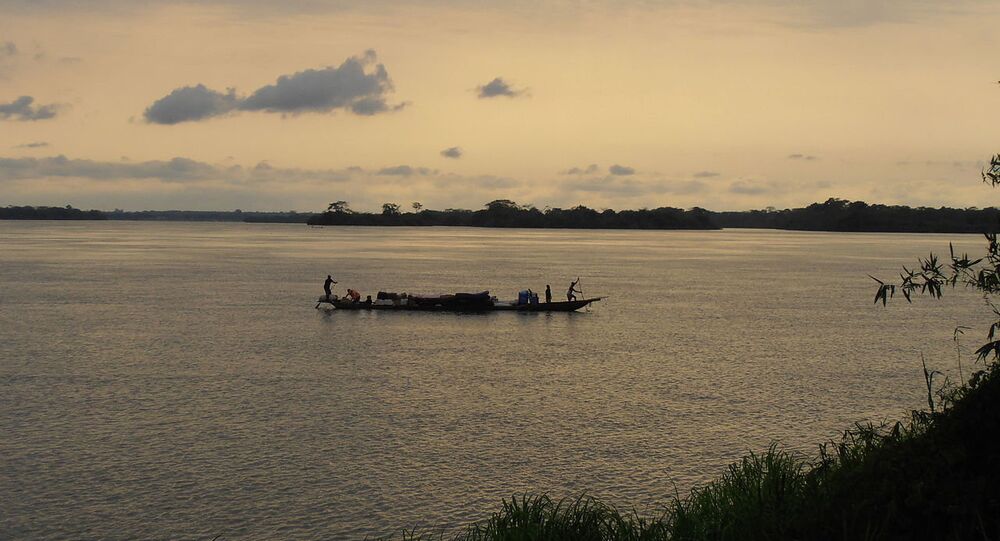 At Least 30 Killed, 200 Missing as Boat Sinks on Lake in Western Congo - Reports

According to local authorities, more than 80 people survived after a boat sank on lake Mai-Ndombe in Inongo, Congo on Saturday, AP reported.

Simon Mboo Wemba, the mayor of Inongo, told AP on Sunday night that many of those aboard the boat were teachers, who traveled to collect their salaries by boat because roads in the region are so poor.

It was not immediately known how many people were aboard the boat when it met foul weather late on Saturday. According to AP, citing local authorities, several hundred were onboard.

© REUTERS / Denis Balibouse
Attacks Destroy Ebola Treatment Centers in DR Congo - WHO
Boats in the vast nation of Congo are usually overloaded with passengers and cargo, and official rules on passenger loads are often ignored.

Back in April, another boat capsized on Lake Kivu in Congo's South Kivu province, killing at least 40 people. While the Congolese authorities have said that 150 people are missing, and 30 people have been rescued, the exact number of the victims remains unknown, according to media reports.