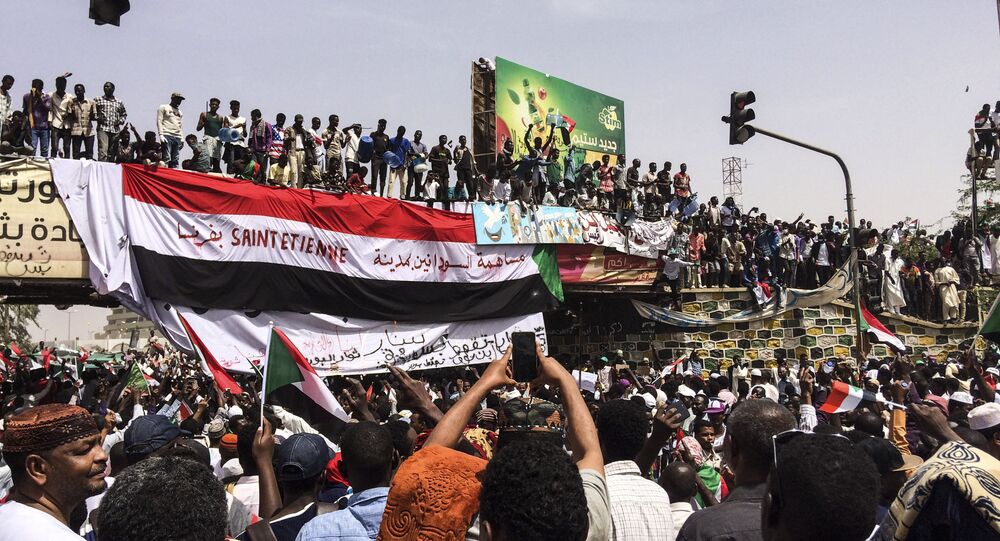 CAIRO (Sputnik) - The Sudanese Transitional Military Council (TMC) and the opposition Forces for the Declaration of Freedom and Change resumed talks in Khartoum on Sunday after a three-day break, according to the TMC statement.

"A new round of negotiations has started at the presidential palace between the military council and Forces for the Declaration of Freedom and Change," the statement said.

© Wikipedia / New Zealand Defence Force
Two People Shot Dead During Mass Demonstrations in Central Khartoum – Reports
Sudan has experienced months of anti-government protests, which culminated in a military coup on April 11. The TMC came to power and pledged to hold a new election within two years. Then-President Omar Bashir, who had been in power for 30 years, was overthrown and then imprisoned. However, the protests have continued, with the demonstrators demanding that the military hand power to a new civilian government.

As a result of the talks on Wednesday, the TMC and the opposition reached an agreement on a three-year transitional period in the country. The negotiations were supposed to continue on Thursday, but the TMC announced that it had decided to take a three-day break in the talks and remove all barricades erected by protesters in Khartoum, reportedly criticizing the demonstrators for blocking off roads and bridges in the capital.