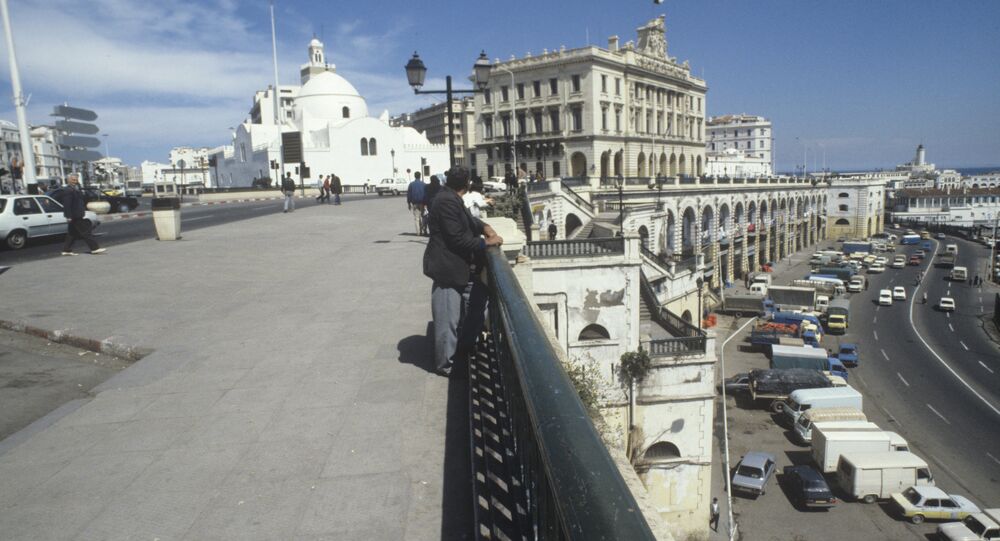 MOSCOW (Sputnik) - The founder of the Algeria Youth Ambassadors non-profit organisation told Sputnik the results of a recent survey revealed that the majority of teenagers in the Arab world considered Russia, not the US as the ally, because the US offers nothing besides internship or training programs, while Russia organises forums and events.

"The Arab Youth Survey is completely fair, as certain Arab states like Algeria and Syria already are strategic partners of Russia for many decades. It’s very logical that the young Arabs consider Russia their major ally, also since the US has offered nothing to the young besides their programs (leadership, internship, scholarships and training) in the embassies in MENA (The Middle East and North Africa) region", president and founder of the Algeria Youth Ambassadors non-profit organisation Tiar Salah Eddine said.

He praised the fact that Russia was hosting various summits and forums dedicated to youth from all over the world. The president of Algeria Youth Ambassadors said he first visited Russia back in 2017 when he took part in the World Festival of Youth and Students in the resort city of Sochi.

"[Russian President] Vladimir Putin is investing in promoting a good image of Russia by organising forums and international events, with programs specially dedicated to young leaders and entrepreneurs in order to rectify what the western states did to smear the image of Russia", the founder of the Algeria Youth Ambassadors non-profit organisation stressed.

According to Tiar, the United States "always thinks how to drain the natural resources" of countries like Venezuela, Iraq, Libya and Yemen, while Russia "invests in human resources, notably the youth of their ally countries."

"As for the media, [US President] Donald Trump himself declared that 'CNN is Fake News' at the moment when RT [broadcaster] is the only media that covers the yellow vests demonstrations [in France] since the beginning. The difference between Sputnik, TASS [news agencies], RT and the American media is that the first broadcast information as it is, while the latter falsify information which serves the White House’s agenda in order to influence the public opinion", the president of Algeria Youth Ambassadors pointed out.

© CC BY-SA 4.0 / B.alotaby / Riyadh Skyline
Arab Youth Lean Toward Russia, Not US as Top Ally - Survey
The annual survey, released last week by the Dubai-based PR company ASDA'A BCW and based on 3,300 face-to-face interviews with young people aged between 18 and 24, showed that 64 percent of those questioned saw Russia as an ally, while only 36 percent considered it an enemy. As for the United States, it was viewed as an ally by 41 percent and as an enemy by 59 percent, compared to 32 percent five years ago.

The Algeria Youth Ambassadors is a non-profit organisation providing cultural and educational programs for young leaders in Algeria and across the globe.

Arab Youth Lean Toward Russia, Not US as Top Ally - Survey