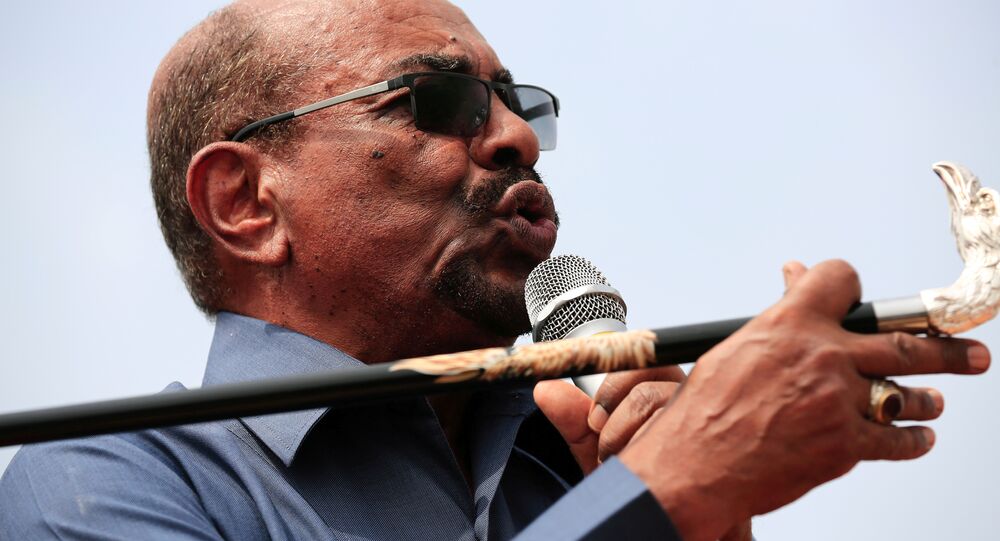 Ex-Sudanese President to Be Interrogated in Money Laundering Case – Source

"Acting prosecutor general Walid Sayed Ahmed ordered the interrogation of former President Omar Bashir in criminal proceedings… regarding the foreign exchange act … and the law on combating money laundering and financing of terrorism," the source said.

Sudan has been engulfed in protests, which often turned violent and resulted in deaths and injuries, since December. The rallies were initially triggered by the rise in prices for bread and other consumer goods. They later took on a new turn as Sudanese citizens began calling for the resignation of the country's long-serving ruler, Omar Bashir.

The situation escalated in early April when Bashir, who had been in power for nearly 30 years, was detained by the country's military. The transitional military council promised to hold a new election in two years’ time. However, the opposition did not approve this plan and called on the council to immediately hand over power to civilian structures.