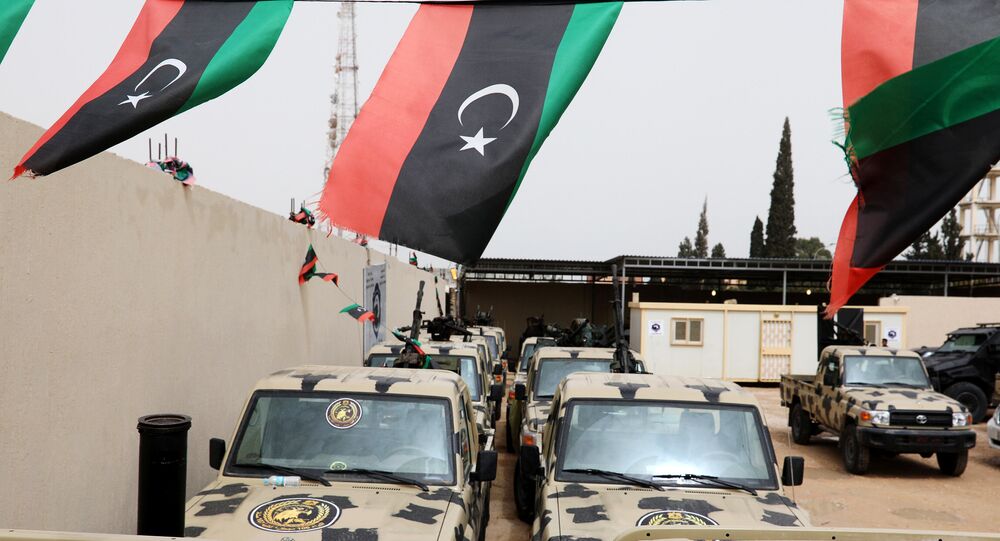 CAIRO (Sputnik) - As many as 345 people were killed and 1,652 more were injured since the beginning of Field Marshal Khalifa Haftar's Libyan National Army (LNA) offensive on Tripoli, which is controlled by the UN-backed Government of National Accord (GNA), the World Health Organization (WHO) said on Tuesday.

"Tripoli toll as of 28 April is 345 dead & 1652 wounded. WHO surgical teams deployed to the area's hospitals have performed more than 140 major surgeries," the WHO said on Twitter.

© AP Photo / Emrah Gurel
Libyan National Army Claims It Possesses Evidence of Turkey Supporting Daesh
The clashes in Libya erupted on April 4, when Haftar ordered his troops to advance on the Libyan capital to free it from what he called terrorists. As a result, LNA gained control over the cities of Surman and Garyan located near Tripoli. On April 7, the GNA announced a counteroffensive, dubbed Volcano of Rage, to confront the LNA.