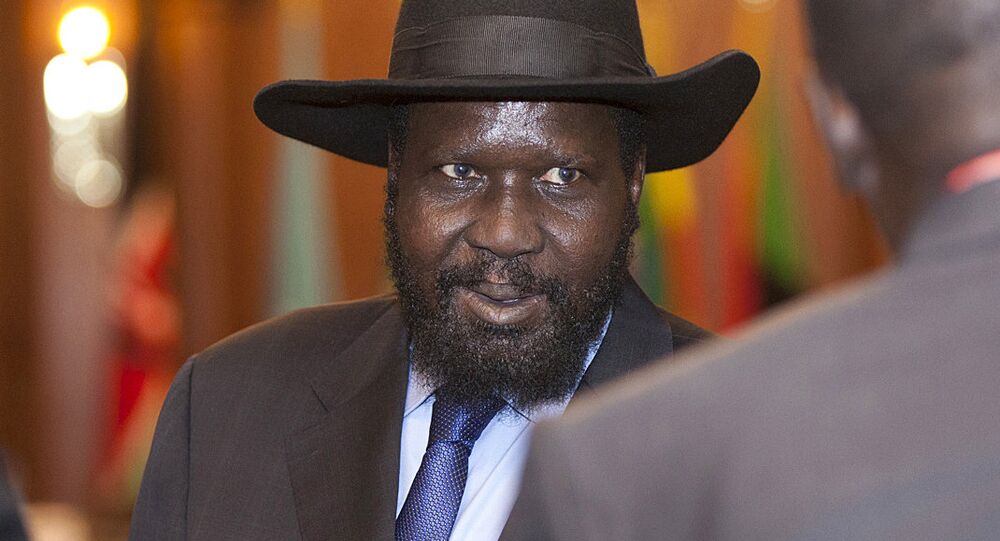 CAIRO (Sputnik) – South Sudan’s President Salva Kiir has dispatched a delegation to Khartoum, sending a message of support to the Sudanese transition military council, which has been established to govern the country in the wake of the overthrow of its long-time President Omar Bashir, local media reported on Thursday.

Kiir’s letter was brought to the Sudanese capital by his adviser on Security Affairs, Tut Kew Gatluak, the Sudan Tribune news outlet reported.

"Head of the Sudanese military council, Abdel Fattah Burhan, in his turn, briefed the South Sudanese delegation on the situation in Sudan and on his plans to transfer the leadership to the civilian authorities," the South Sudanese presidency said in a statement, as quoted by the Sudan Tribune.

© AP Photo / Justin Lynch
US Sanctions Ex-Israeli General for Arms Dealing in South Sudan Conflict
The Sudanese transition military council was set up on April 11 after the military toppled Bashir following months of anti-government protests. The council plans to hold the next presidential elections in two years while protests in Sudan continue with demonstrators calling for an immediate transition of power to a democratic civilian-led government.

South Sudan broke away from Sudan after a referendum in 2011 following years of fighting for independence.