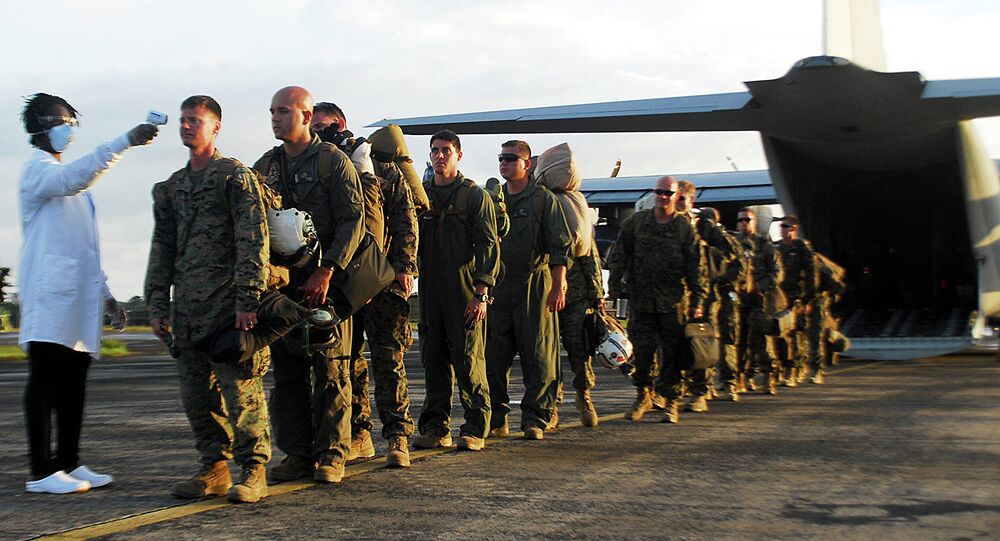 The deaths of four US troops in Niger in 2017 sparked a major political scandal in Washington due to the little information most Americans were provided regarding US military operations on the continent.

The US military has recently engaged in or is continuing to conduct a whopping 36 operations in Africa, Yahoo News has reported, putting together a list on the basis of documents obtained under the Freedom of Information Act, interviews, and a Pentagon list leaked online last November.

The operations, stretching from Mauritania and Senegal in western Africa all the way through to Somalia and Djibouti in the east, and from Libya and Tunisia in the north to Gabon and the Democratic Republic of the Congo in the south, include multiple missions in countries that the US government does not officially recognise as a combat zone, but where US troops are nonetheless engaged in fighting and risk injury or death.

The list mentions 19 countries, more than the 13 nations previously cited by former US Africa Command commander Brig. Gen. Don Bolduc, where US troops have engaged.

US military personnel are reported to have engaged in six missions in Somalia, six missions in Niger, four missions apiece in Libya and Kenya, three apiece in Cameroon and Chad, two each in the Central African Republic, Djibouti, Mali, Mauritania and South Sudan, and one each in Burkina Faso, the DRC, Gabon, Ghana, Senegal, the Seychelles, Tunisia and Uganda. Yahoo News notes that even its list may not be complete.

Missions also included assistance to US allies, as in the case of a 2013 operation dubbed Juniper Micron in which US forces airlifted French personnel operating in Mali.

The operations listed began as early as 2010, with many of them continuing into the present.

Last month, acting Pentagon chief Patrick Shanahan told the House Armed Services Committee that he was not satisfied by former Secretary of Defence Jim Mattis' review of the October 2017 Tongo Tongo ambush, which left four American personnel and five troops from Niger dead after they were ambushed by a militia affiliated with Daesh* during a raid on a warlord's compound. Mattis himself reportedly expressed dissatisfaction into the probe, which saw junior officers bearing the brunt of the responsibility while superiors escaped reprimand.

The Tongo Tongo ambush, the deadliest action undertaken by US troops in Africa since the 'Black Hawk Down' disaster in Somalia in 1993, sparked an outcry in the US, particularly after Americans learned that troops stationed in Niger did not even receive imminent-danger pay (IDP) of $7.50 per day because the country was not considered an imminent danger zone.