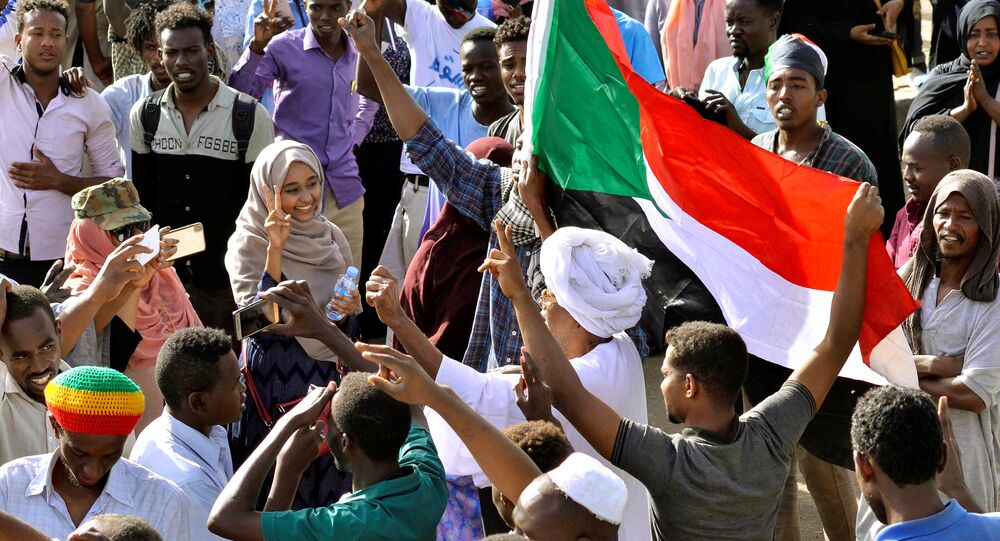 "Yes, of course," said Bogdanov, when questioned whether Moscow recognises the new authorities of Sudan and whether it maintains contact with them.

On 11 April, Sudanese Defence Minister Awad Mohamed Ahmed Ibn Auf announced that President Omar al-Bashir had been detained and a transitional military council had been established to govern the country for the next two years.

© REUTERS / Mohamed Nureldin Abdallah
Sudan Military Council: Ousted Leader Bashir Planned to Quell Protests By Force
The next day, the transitional military council, led by Abdel Fattah Abdelrahman Burhan, announced the abolition of the curfew and state of emergency imposed earlier. He announced that the term of the council's work would be a maximum of two years, and confirmed the obligation to transfer power to a civilian government.

Rallies in Sudan, which have been going on since December 2018, were initially caused by rocketing bread prices, but protesters later changed their demands and called for the resignation of Sudanese President Omar Bashir to end his 30-year rule.