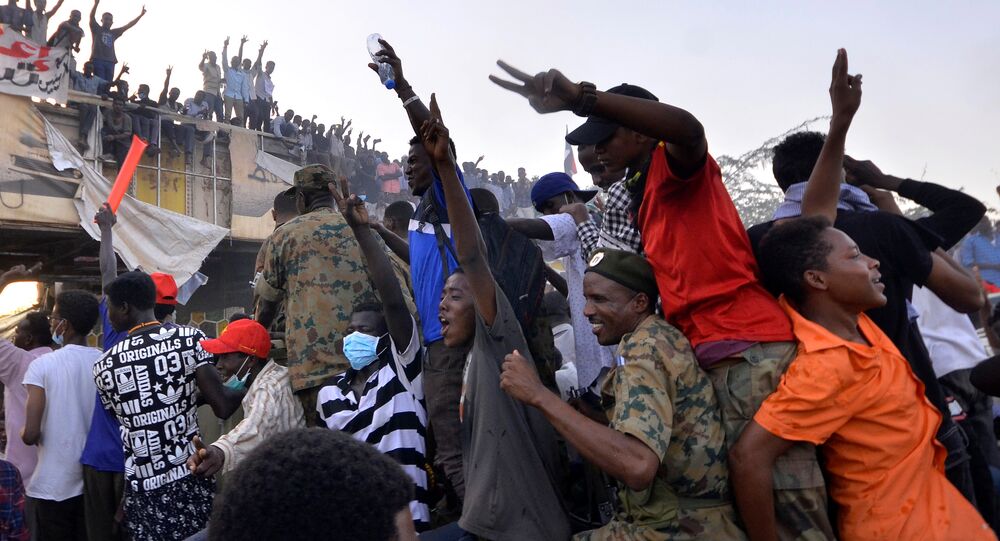 KHARTOUM (Sputnik) - The EU ambassador to Sudan, Jean-Michel Dumond, has promised the country's ruling military council the bloc’s assistance in the transition to civilian rule, the Sudanese military said in a press release.

"The EU ambassador said that the union was committed to providing all necessary assistance to guarantee a successful transition in Sudan," the council said in the release.

It added that Dumond applauded the council’s decision to lift night curfew and free political prisoners detained by the government of ousted President Omar Bashir.

The release comes after Dumond made the offer at a meeting in the Sudanese capital of Khartoum on Monday with the council's deputy head, Mohamed Hamdan Dagalo.

This follows Sudanese Defence Minister Awad Mohamed Ahmed Ibn Auf announcement made on 11 April that Omar Bashir had been detained and a transitional military council had been established to govern the country for the next two years.

Commenting on the situation, the EU foreign policy chief, Federica Mogherini, said in a statement last week that a military council did not "provide the answers." She said only a swift handover to a civilian transitional government could meet the aspirations of the Sudanese people.

The UN Security Council will address again the situation in Sudan on Wednesday, according to the United Kingdom's Ambassador to the United Nations Karen Pierce.