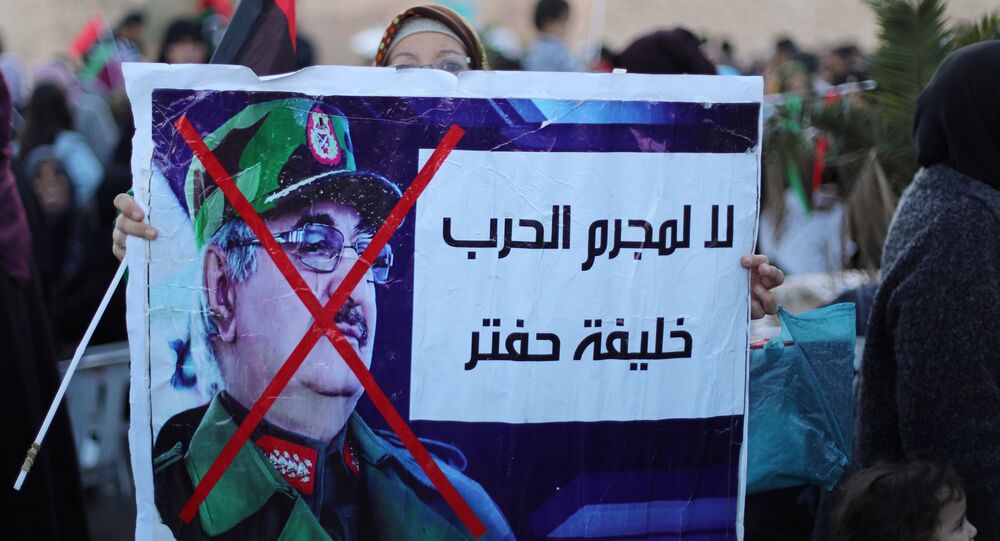 On Sunday, the World Health Organisation reported that the death toll from the renewed clashes between Field Marshal Khalifa Haftar’s forces and those loyal to the UN-backed Government of National Accord has climbed to 147.

Libya’s Deputy Prime Minister Ahmed Maiteeq has warned the countries of the EU not to sit down with Field Marshal Khalifa Haftar to discuss the Libyan conflict, which he claimed may lead to a civil war, Syrian-style.

“I would like to ask the heads of European governments: do you understand who Haftar is and what he wants? The subversion of the Tripoli government that we represent is a betrayal of international law and UN principles”, Maiteeq told the Italian newspaper La Repubblica.

He added that Libya would like to urge Italy and Europe to help the North African country “observe international law and stop war”.

“Can Europeans trust a person [Haftar] who, in the midst of difficult negotiations under the auspices of the UN, is betraying the whole process?” Maiteeq noted.

He claimed that by using Egypt’s support, Haftar is drawing Libya into a protracted war that may result in mass migration and the spread of terrorism.

Maiteeq’s interview comes after the World Health Organization (WHO) said on Sunday that 147 people have already been killed amid the renewal of clashes between Haftar’s Libyan National Army (LNA) and forces loyal to the UN-backed Government of National Accord (GNA). According to the WHO, just four days ago, the death toll stood at 58 people.

Earlier last week, EU foreign policy chief Federica Mogherini said that the EU is concerned by the participation of 'terrorists' in hostilities in Libya and called on the parties to the conflict “to dissociate themselves from these elements, both publicly and on the ground”.

Mogherini has also urged the sides to resume a political dialogue and “continue to engage in the UN-led process for an inclusive political settlement”.

Her remarks followed a statement by UN Secretary-General Antonio Guterres, who warned that a serious political dialogue that should be resumed in Libya cannot be launched until the hostilities completely stop in the country.

The dangerous confrontation in Libya started to unravel on 4 April, when Haftar's forces announced an unexpected offensive on Tripoli.

The Field Marshal claimed at the time that the GNA had formed an alliance with terrorist groups in the country; he pledged to defeat them and cleanse jihadists from the region.

© Sputnik / Andrey Stanavov
Militia Humvee With Enormous Cannon Spotted in Libya (PHOTOS)
Forces loyal to the Tripoli-based GNA said, in turn, that they were launching a counteroffensive operation, dubbed Volcano of Rage.

WATCH US Redeploy Military Personnel From Libya as Tensions Rise