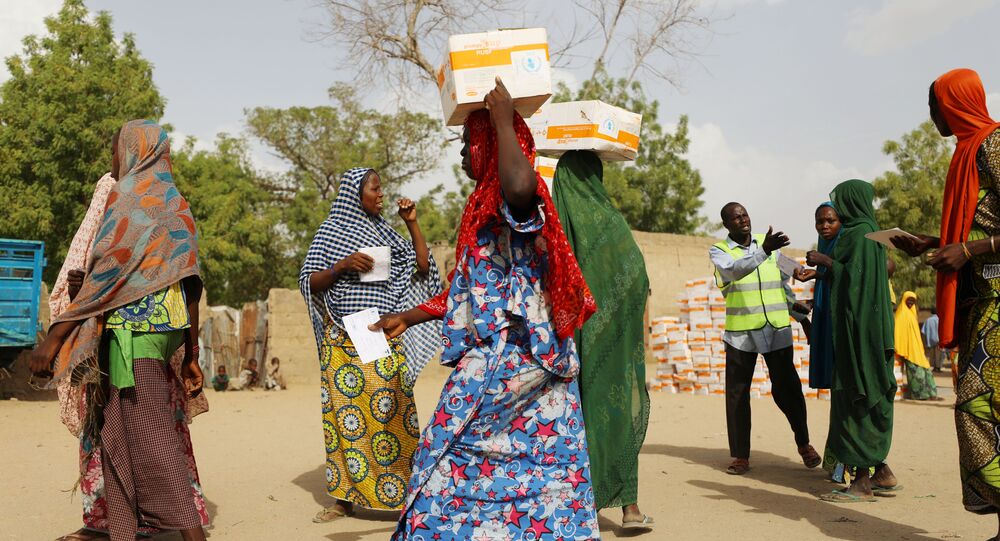 The evacuation reportedly occurred on the threshold of a military operation in Jakana, in the province of Borno, but this was soon dismissed after local authorities noted that there was no operation in the making that they were aware of.

The Nigerian military has evacuated all the residents of a town in the north-eastern state of Jakana, Borno, without prior notice ahead of operations in the area, according to soldiers; however The Guardian quoted locals as saying that they were taken to a camp in the state capital Maiduguri to check whether they belonged to the extremist group Boko Haram.

The UN, meanwhile, said that the residents were not allowed to take any belongings with them, and some even arrived at the destination barefoot, raising the question of humanitarian aid in the region.

“Nobody was allowed to take anything along. People were crammed into the vehicles, one on top of the other and without food or water. Children were bundled into any available vehicle and this went on from 8pm on Monday until Tuesday evening”, the edition quoted one woman, who lived in Maiduguri, but was at the time in Jakana visiting family, as saying.

Others shared detailed reports of having been taken to Bakassi camp for domestically displaced people in Maiduguri, where they had to queue to get screened and then sit for long under the sun with no staples and shelter.

The ongoing standoff in Nigeria dates back to ten years ago, but Boko Haram and its Daesh-affiliated splinter group operating in West Africa (Iswap) are still wreaking havoc in the area, while the military is stationed in garrison towns.

While crowds of Nigerian civilians have been displaced and caught in the crossfire, the state authorities seem to have been unaware of the military’s planned operation in Jakana. Meanwhile, a military source said that the people of the town were suspected of “conspiring with Boko Haram”, in that they had allegedly provided them with a safe haven and allowed them to buy food there.

According to refugee camp officials, the residents would be taken back to their home town, with several military vehicles packed with civilians seen in the capital on Thursday making their way to Jakana.

“The military is uncomfortable with the reaction of the state government and the UN, and there were no proper arrangements for such an exercise”, one official noted.

The security situation in Nigeria has deteriorated severely due to numerous internal conflicts and the surging activity of Boko Haram in the country. Militants have reportedly killed thousands of people and prompted mass internal displacement of Nigerians from areas affected by the group’s activities.