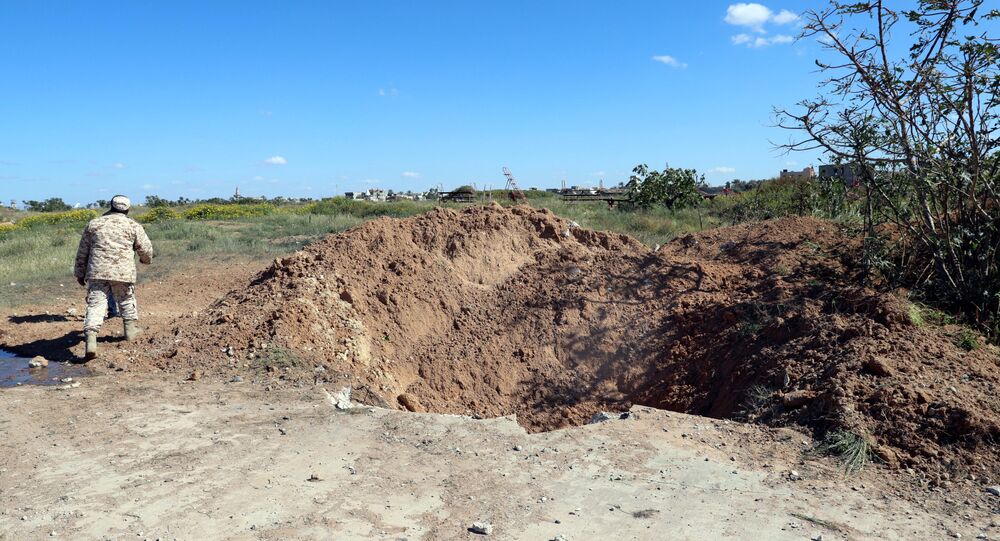 Images from the scene of the Libyan National Army Air Force MiG-21's attack on Tripoli's Mitiga International Airport seem to confirm an LNA spokesman's earlier claims that the attack wasn't aimed at civilian infrastructure there.

Photos and satellite images from the scene of the strikes on Mitiga appear to show that the strikes targeted Government of National Accord (GNA) Air Force Boeing CH-47 Chinook military transport helicopters based well away from civilian infrastructure, with the choppers believed to have been hit by shrapnel. Photos seem to indicate that they were not seriously damaged.

Damage at #Mitiga Airport in #Tripoli following LNA Air Force airstrike against #GNA Air Force.. #Libya
Clearly they targeted military section, though not sure about logic behind target selection.. pic.twitter.com/BCo2CnomuH

UN Secretary-General Antonio Guterres criticised Monday's attack on the airport, which has been Libya's only functioning civilian airport since 2014, emphasising that there is no military solution to the crisis facing the North African country. GNA authorities also condemned the attack, which they said posed a threat to civilians and flights, describing it as a "war crime" and a violation of "all national laws and international agreements."

The LNA has been advancing through much of the country in recent months. Last week, the LNA's General Khalifa Haftar announced an offensive on Tripoli, the GNA's capital, prompting the mobilisation of GNA forces. Forces loyal to the GNA announced a counteroffensive on Sunday, dubbing the operation 'Volcano of Rage', to attempt to repel the LNA. The LNA captured another airport – Tripoli International Airport – earlier this month. The airport has been closed since 2014.

Libya collapsed into chaos in 2011 following a NATO-led campaign of airstrikes in support of rebels seeking to topple the government of long-time Libyan leader Muammar Gaddafi. The turmoil prompted competing militias as well as international terrorist groups, to establish control over wide swathes of the country. The largest groups formed two separate governments – the eastern Tobruk-based government, supported by Haftar and the LNA, and the western UN-backed GNA, based in Tripoli.