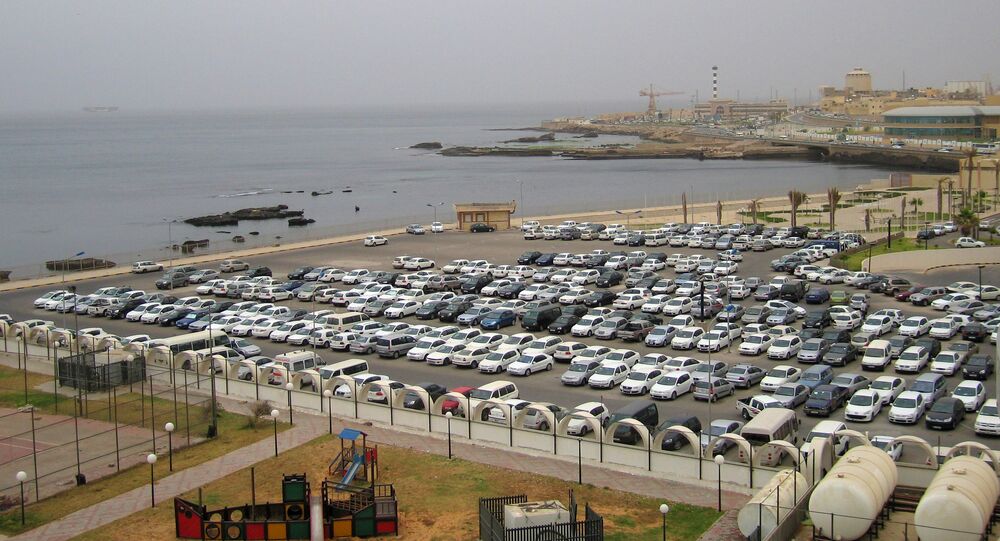 Recently Sky News Arabia reported that the Libyan National Army have left the territory of Tripoli International Airport amid the ongoing fight with the forces of Libya's Government of National Accord.

An Eastern Libyan forces spokesman Ahmed Mismari has confirmed on Monday that an airstrike targeting Tripoli's only functioning airport took place earlier in the day, adding that it hit two planes.

He also noted that the force did not have civilian planes as targets, rather they aimed to destroy a MiG parked at Mitiga Airport.

"Our airstrikes on the Mitiga airport were not aimed at interrupting the flights of civilian aircraft, we hit two [military] planes with precision strikes," Mesmari said at a press conference in Benghazi.

© AP Photo / Abdeljalil Bounhar
Libya's GNA Presidential Council VP Resigns Over Rift With Sarraj, Pitches for Haftar - Reports
At the same time, the LNA official spokesperson told reporters that the battle for Tripoli was proceeding according to the operational plan as Libyan National Army (LNA) units were approaching residential areas of the city.

Mismari also stated that Tripoli International Airport continues to be under the control of the LNA, despite claims by forces controlled by the Government of National Accord (GNA) that they had recaptured the airport.

The official announcements come after Libyan authorities have announced that the country's only functioning airport Mitiga based in Tripoli, has been closed due to airstrikes conducted by LNA, Reuters reported, citing a Libyan official.

Prior to that, the Al-Hadath TV channel reported that the airport was attacked by the forces led by Field Marshal Khalifa Haftar.

One more state's airport, Tripoli International Airport, has not been operating since 2014. Amid the recent clashes, the strategic object has been previously seized by the LNA and then recaptured by the Libyan government forces.

Meanwhile, forces controlled by the Libyan Government of National Accord (GNA) led by Fayez Sarraj recaptured the positions previously lost in battles with the Libyan National Army (LNA) led by Haftar, near the Libyan capital Tripoli, the Libya Ahrar television channel reported Monday.

Later in the day, the Medecins Sans Frontieres (MSF) international humanitarian organisation's coordinator for operations in Tripoli, Craig Kenzie, told Sputnik that the group was "extremely concerned" over migrants that are held in Libyan detention centres located in or near areas affected by the ongoing fighting between Libya's rival forces.

Since the beginning of its military offensive to Tripoli on 4 April, the LNA has seized several cities near Tripoli. The army has also declared a no-fly zone over the western parts of Libya, which are governed by the UN-backed Government of National Accord (GNA), and has warned that all aircraft, apart from commercial flights, that breach the restrictions will be targeted by the LNA.

The LNA advance through the country prompted GNA forces to lanuch a counteroffensive operation, dubbed Volcano of Rage.