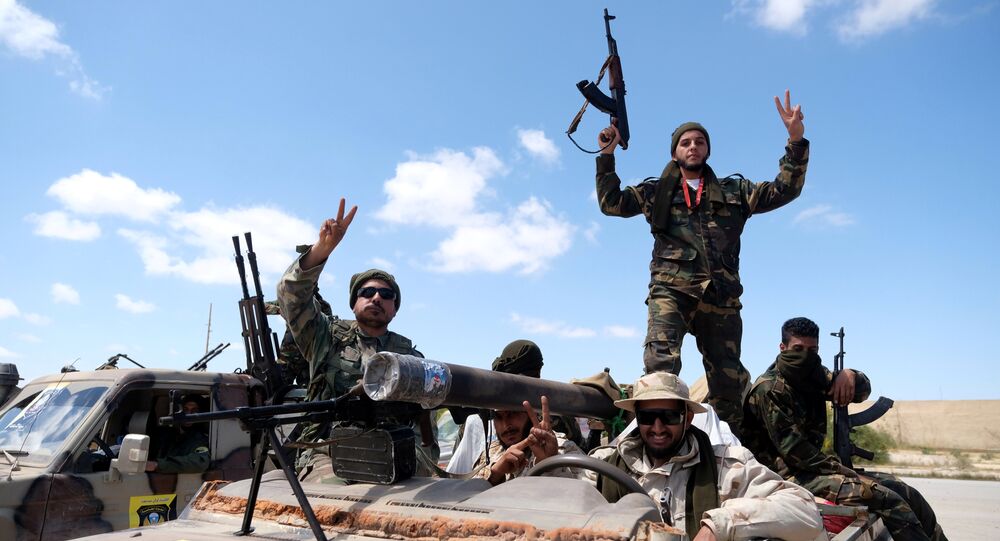 MOSCOW (Sputnik) - US Secretary of State Mike Pompeo said in a press statement on Monday that the United States requires the Libyan National Army loyal to Gen. Khalifa Haftar to stop its offensive on Tripoli.

"The United States is deeply concerned about fighting near Tripoli. We have made clear that we oppose the military offensive by Khalifa Haftar's forces and urge the immediate halt to these military operations against the Libyan capital. Forces should return to status quo ante positions," the statement said.

© CC BY 2.0 / US Army Africa
WATCH US Redeploy Military Personnel From Libya as Tensions Rise
Control over Libya remains divided following years of conflict after a NATO-supported rebellion resulted in the murder of its former head of state, Muammar Gaddafi.

Since then, there has been no single central government in Libya despite recent negotiations by several parties, the UN-backed Government of National Accord (GNA). Tensions in the country escalated after 4 April, when the Libyan National Army (LNA), led by Khalifa Haftar, started an offensive aimed at seizing Tripoli. While making its way to Tripoli, the LNA captured several settlements; at the same time, the GNA prime minister ordered troops to use force if necessary.