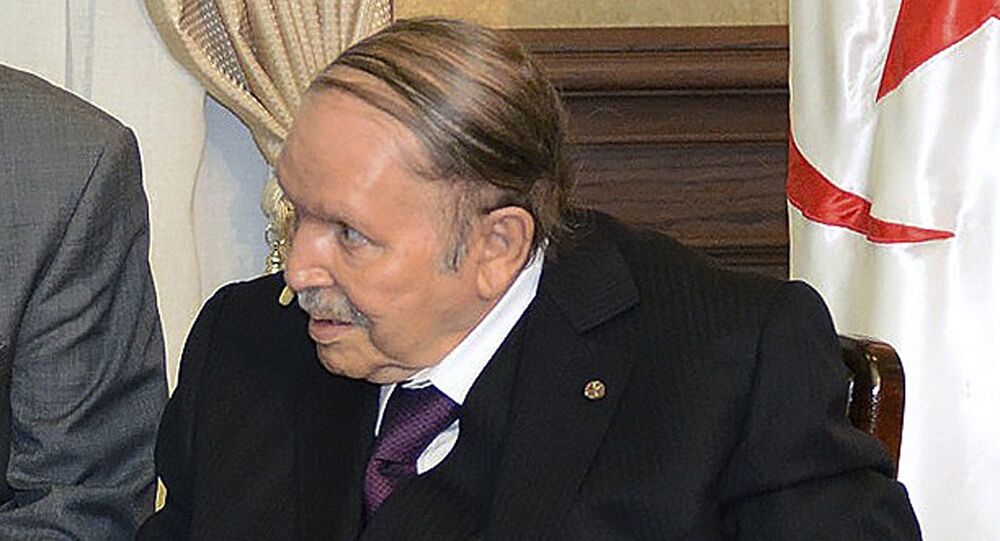 Bouteflika to Leave Country for Medical Treatment After Stepping Down - Reports

According to the Algerie-Direct news outlet, the former Algerian president will travel to receive medical treatment in either an American clinic in Doha or a hospital in Geneva.

The 82-year-old Bouteflika stepped down from his position on Tuesday by handing a resignation letter to the Constitutional Council, following months-long protests in Algeria demanding a change of power. The politician cited Article 102 as a cause for his resignation which states that a leader can step down if they are inhibited from performing their presidential duties due to medical reasons.

© AP Photo / ENTV
Ex-Algerian President Bouteflika Addresses Nation, Asks for Forgiveness
Bouteflika served four terms as president since assuming office in 1999. In February this year, the leader announced his intention to seek a new presidential bid. The announcement quickly prompted large waves of anti-government protests, the largest in over a decade. Bouteflika finally surrendered to the demonstrators' demands and said he would not seek a new term.

The Algerian government must now organise new elections to fill the presidential vacancy, with Abdelkader Bensalah, the head of the country's upper chamber, acting as interim president.