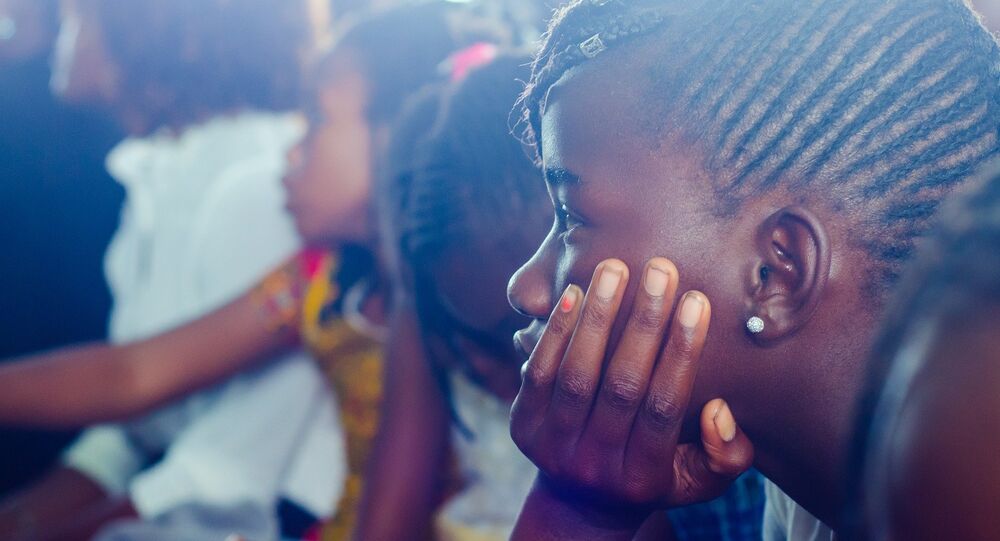 After a South Sudan case, in which a money wife was technically auctioned off on Facebook, gained quite a bit of notoriety, a series of similar deals involving the tech titan have come to light, this time clinched on Nigerian soil.

Fathers in Nigeria have been revealed to post pictures of their daughters on Facebook to more quickly marry them off for money, the Daily Beast reported, citing a victim of the scheme, 16-year-old Monica, from the Becheve community, a large tribe of 17 villages in Obanliku, Nigeria.

She and her sister, who is two years younger than her, were sold as wives without their consent to men old enough to be their grandfathers after they found the girls’ snapshots on their father’s Facebook page and contacted him to talk things over.

The so-called “money marriage” tradition, which subjects little girls, some no older than 10, to virtual slavery, is hundreds of years old and it presupposes that “money women” or “money wives” are sold in exchange for food or livestock or cash, or to settle debts, like in Monica’s case, with the shady scheme being now speeded up with the advent of social networks, as parents turn to Facebook, now hugely popular in Nigeria with about a fifth of the country's 98 million internet users registered on the site, so that their kinsmen can check out prospective brides.

© CC0
Husband Hunt: Millionaire to Pay $300,000 to Anyone Who Will Take His Virgin Daughter as a Wife - Reports

Traditionally in the Becheve community, parents of the money brides take them to men who they know can afford to pay whenever they think the time has come for their marriage, or wait for interested potential spouses to make a formal proposal.

“My father knew nothing about Facebook until my elder brother bought him a smartphone and convinced him to join Facebook and post our photographs whenever he likes”, Monica told the Daily Beast, adding that he would make her put on new clothes that he would specially buy for her to make her look more attractive in pictures.

Relatives of money girls thus use the social media giant literally as a face book, whereas the actual handover of money for the bride takes place offline.

After the Facebook-facilitated deal takes place, Becheve community wives are reported to go through a whole spate of hardships at their husbands’ places, as in effect, chattel servants, usually not being allowed to go to school. The Becheve custom also stipulates that a wife could be given away to another man if her husband wants, or if a money wife dies without giving birth to a child, her parents could replace her with another girl from their family. On top of this, regardless of how she is treated at her husband’s home, she is not allowed to flee.

Monica, who—just like her sister—was given away to her husband for 20,000 Nigerian naira (about $50), along with two goats, a pig and some yams, recalled having been turned into “a slave and punching bag”. “He said he paid so much to marry me and so I had to labour hard by working for hours every day in the farm to prove that I'm a grateful wife”, shared Monica, who managed to flee from her husband to live with a friend several months after the marriage.

According to Magnus Ejikang, a local chief in Ogbakoko, the practice is meant to boost the status of men in the Nigerian community, as “the more brides you have, the more respect you gain in the community”, he argued.

Monica and her sister are not the only ones to have ended up in unconsented marriage after their photos emerged online: another example cited by the Daily Beast is Regina, another teenage victim from the Becheve tribe, who was sold to a man already married to two wives and with 11 children, after her “greedy uncle” posted her snapshots on Facebook in a bid to get part of the money under the deal, Regina’s brother revealed. Facebook, meanwhile, hasn’t yet commented on the issue.

The above-mentioned reports of Facebook being used in money marriage schemes are not the first ones: the website met a barrage of criticism last year after it emerged that it was being used as an auction platform to sell a 16-year-old girl in South Sudan. Facebook said that it had taken down the post seeking bids as soon it learned about it, but that wasn't until after the girl had been married off to the highest bidder, a wealthy businessman.