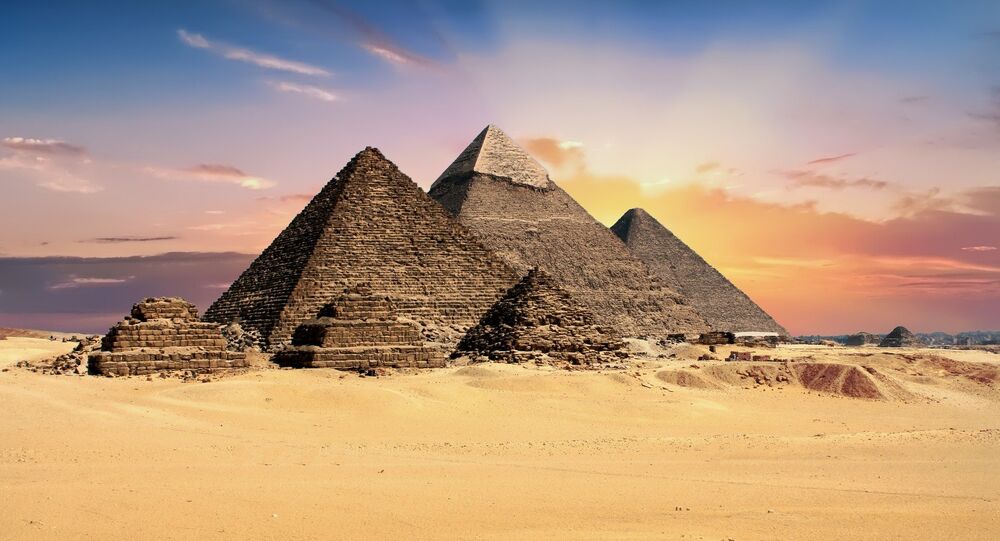 How exactly the iconic Wonder of the World technically appeared in the Cairo landscape has puzzled scientists for hundreds of years now, along with the reasons as to why the ancient Egyptians placed the giant monuments just a stone’s throw from the vast flowing Nile.

An Egypt connoisseur, explorer and travel writer, Richard Bangs, has dropped an intriguing hypothesis as to why exactly the ancient civilisation built their landmark Giza pyramids, which have been a real tourist trap for the past decades.

Speculating on arguably the most ambitious architectural project of all time, Bangs claimed while speaking in his documentary “Egypt: Quest for the Lord of the Nile”, published on YouTube, that one of the reasons why the pyramids actually emerged “may be the crocodiles”, going on to ponder on the annual floods that would typically sweep through the Nile valley, bringing in “fertile soil and lots of crocodiles”.

According to historical reports, the Nile flooded every year during the summer season, which the Egyptians referring to as Akhet, or the inundation period after melting snow in the Ethiopian mountains sent torrents of water to the Egyptian desert land along the Nile, which typically saw hordes of reptiles be swept on to the river banks along with the water.

Dwelling on the powerful inundations, the documentary claims that many of the Egyptians “equated the presence of the crocodiles with the rebirth of the dead soil”, made possible through the arrival of vitalising water masses. And hence, the sacred meaning of crocodile figures, representations of the Egyptian god Sobek, that stood for the Pharaoh’s power.

Those appear to have been specially placed and stored inside the Giza pyramids to accompany the dead pharaohs into the afterlife, bringing power and fertility to the hereafter. Bangs went as far as to suggest that the pyramids were in actual fact built as a repository for a number of precious objects and everyday items put in there in hope that they “could carry them [the pharaohs] alongside them to the afterlife”.

However, along with utmost respect the Egyptians demonstrated for the crocodiles, by means of symbolic images and figurines, they apparently feared the reptiles, which the Nile was swarmed with.

As of November 2008, sources cite 118 —138 as the number of identified Egyptian pyramids, with most believed to have been built as tombs for the country's pharaohs and their consorts during the Old and Middle Kingdom periods.