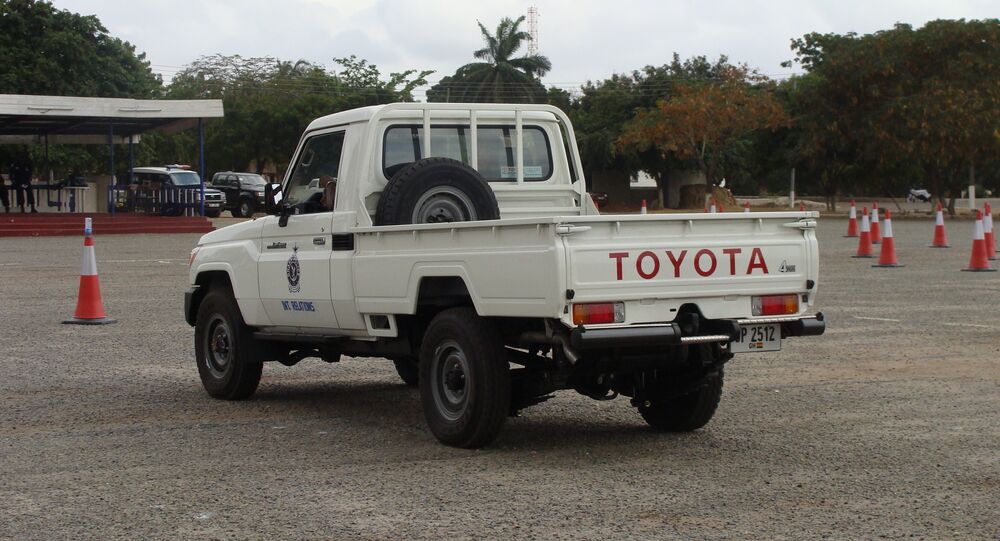 The crime was committed after several gunmen reportedly killed a security guard and entered the accommodation where the pupils and their teachers were staying during a trip to Ghana late last year.

British police have confirmed that two men have been charged with rape after a group of UK schoolgirls were held at gunpoint and “subjected to serious sexual assaults” during their trip to Ghana in December 2018, according to UK media.

34-year-old Ishmael Akyene and Nigerian national Daniel Akpan, 29, were remanded in custody after they were charged with a spate of offences, including those related to rape, robbery, possession of a firearm and money laundering.

The two men, who have already pleaded not guilty to all the charges against them, are accused of being involved in an incident on 8 December when a group of pupils and teachers from a UK school arrived in Ghana’s capital Accra to get a glimpse of how the local inhabitants live.

Police said that “shortly after their arrival, a number of armed men entered the accommodation where the group was staying”, an intrusion that was reportedly preceded by the gunmen killing a Ghanaian security guard.

© AFP 2020 / STEPHANE DE SAKUTIN
South African President Urges Nation to Fight Against National Rape Crisis
“The group, [including six boys], was held at gunpoint” as the four female victims were sexually assaulted, police said, adding that the victims’ possessions “were also stolen from them before the offenders left the site”.

All the schoolchildren were immediately flown back to the UK to “be supported by specially trained police officers as well as their school and other agencies”.

Police declined to reveal the names of the victims and their whereabouts in the UK.