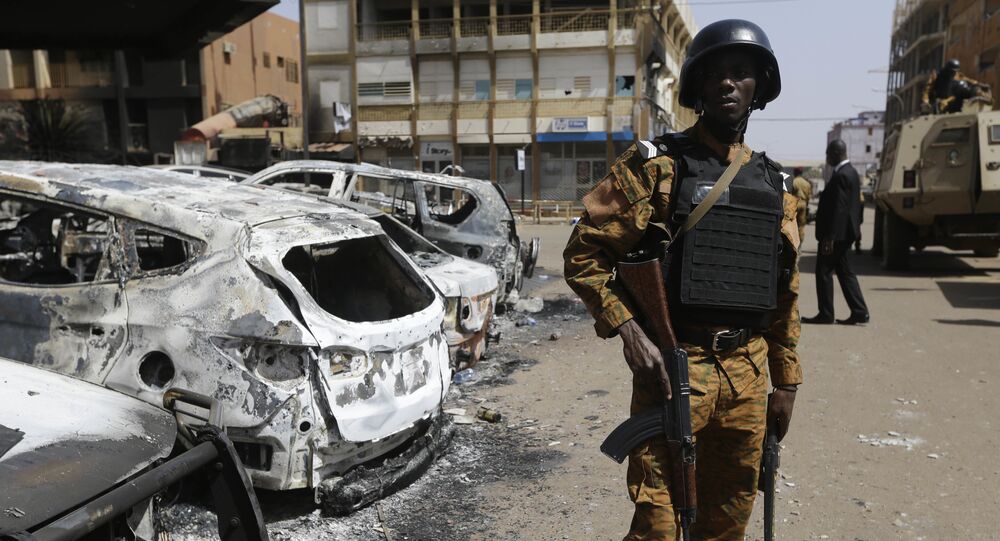 MOSCOW (Sputnik) - More than 150 people have been killed and tens of thousands displaced in Burkina Faso amid atrocities by Islamist armed groups and counter-terror operations by security forces, the HRW watchdog said in a report on Friday.

The 56-page report by Human Rights Watch (HRW) documents over 40 killings by Islamists, mostly of people they suspect to be collaborating with the government, as well as executions of over 115 men accused by security forces of supporting terrorists.

"Scores of people have been murdered in what amounts to a dramatic deterioration in the rights situation in northern Burkina Faso. Villagers are living in fear as both armed Islamists and government forces have demonstrated utter disregard for human life," HRW Sahel director Corinne Dufka, who wrote the report, was quoted as saying in a statement.

HRW said it had interviewed 92 victims and witnesses to the abuses, community leaders and officials, among others. The reported abuses took place in 32 villages in the troubled Sahel region between mid-2018 and February 2019.

© AFP 2020 / Ahmed OUOBA
Ten Gendarmes Killed in Ambush in Northwest of Burkina Faso
The nation’s government has received a copy of the report and promised to investigate the allegations, the human rights advocacy group said.

The report comes after a string of attacks by Islamist groups linked to al-Qaeda and Daesh* terror groups on army bases, police and civilians have rocked the West African country since 2016, mostly in the northern Sahel region, prompting a violent response from the government.