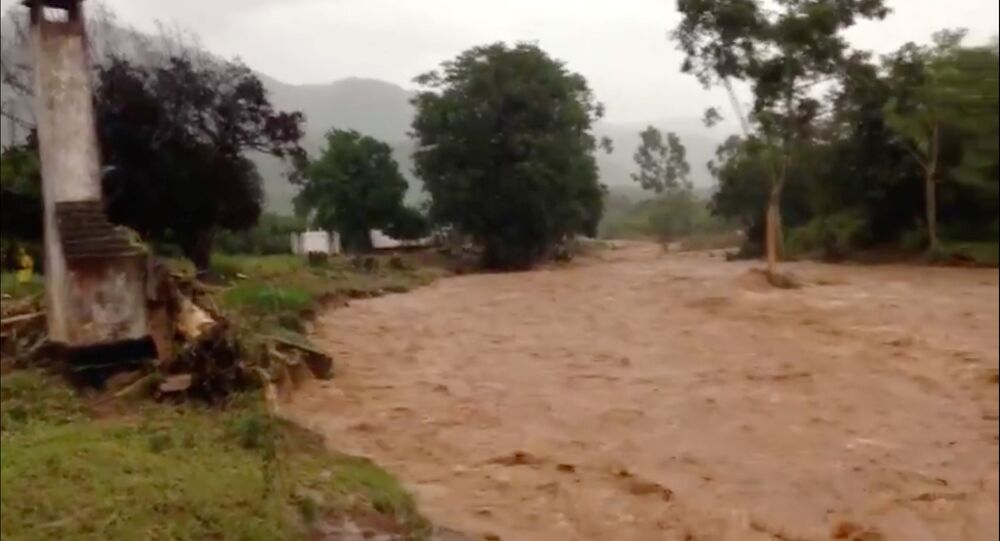 MOSCOW (Sputnik) - The death toll from the flooding and landfalls in Zimbabwe, caused by the Tropical Cyclone Idai, has risen to 65, local media reported on Sunday.

On Saturday, the country's Ministry of Information reported that at least 24 people had been killed and 40 others had been injured as a result of the natural disaster. Over 100 people were reported to be missing.

According to the ZBC broadcaster, search and rescue activities are underway in the eastern province of Manicaland, where the cyclone has affected thousands of people.

The cyclone hit neighboring Mozambique on Friday, killing at least 66 people. A day after, as Idai spread to Zimbabwe, President Emmerson Mnangagwa declared a state of disaster in the affected areas. According to the Information Ministry, at least five bridges have been either swept away or submerged in water as a result of the cyclone, hampering search and rescue operations.