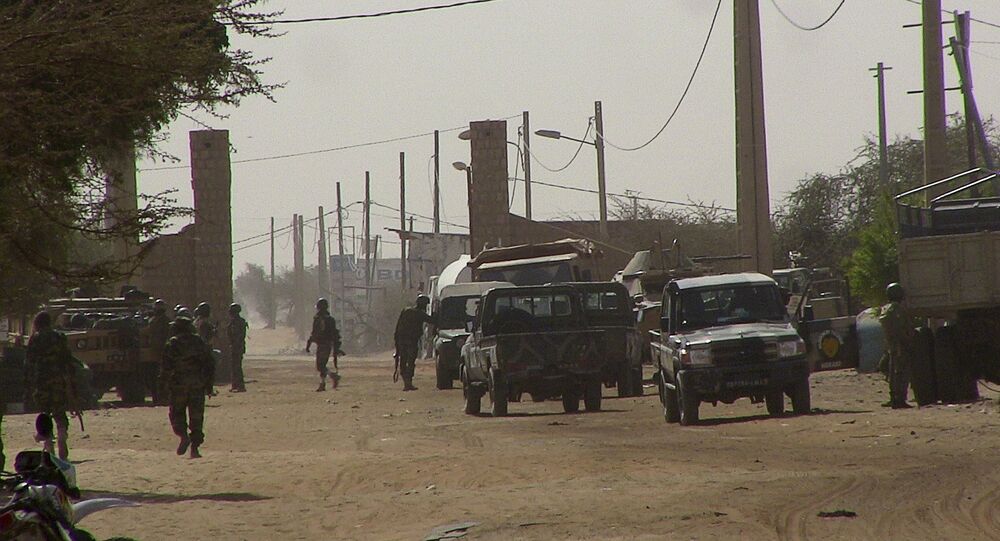 According to media reports, armed men seized a military base in central Mali, leaving at least 16 soldiers killed.

Gunmen attacked and briefly seized a Malian army base, killing at least 16 soldiers and destroying five vehicles in central Mali's Mopti region, according to officials.

According to an eyewitnesses, a man with an automatic weapon seized an army base and randomly opened fire at soldiers.

© AFP 2020 / STRINGER
6 French Troops Killed, 2 Civilians Injured in Attack on Patrol in Mali - Source
The base is situated in the village of Dioura, the mayor of the nearest town Kareri, Youssouf Coulibaly, said.

Mali currently suffers from long-lasting instability and simmering ethnic conflicts. There are about 20 ethnic groups, some members of which are reportedly connected with global terrorist organisations. At the same time, violence rocks neighbouring Burkina Faso, where recently at least 13 people were killed in an armed attack.

The situation in Mali was destabilized in 2012 when the Tuareg militants seized vast territories in the northern part of the country.