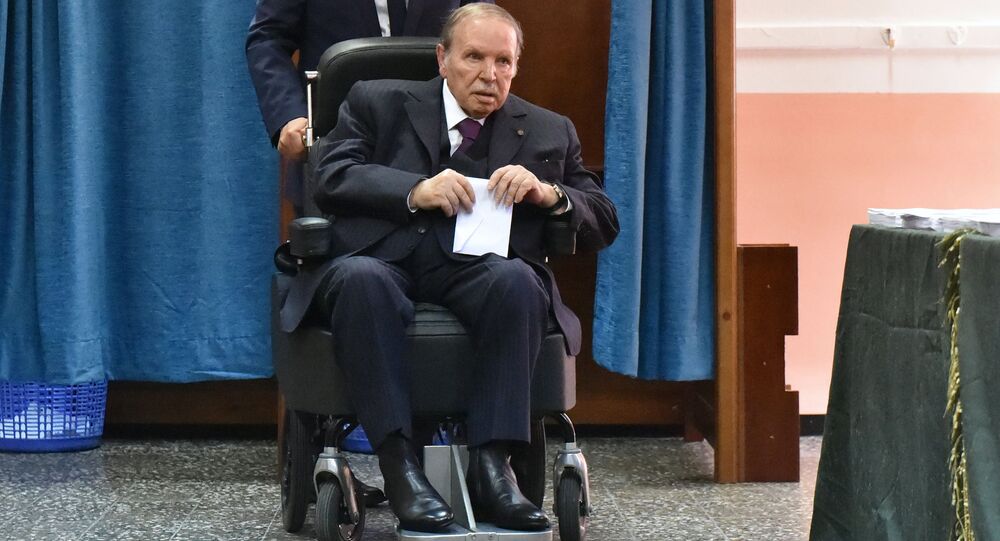 DAMASCUS (Sputnik) - Algerian President Abdelaziz Bouteflika, who announced that he would seek a fifth term, sparking mass protests, is currently staying in a hospital in Geneva, and doctors cannot allow him to continue working, since he is in critical condition, Al Mayadeen broadcaster reported on Saturday, citing an unnamed medical source.

The broadcaster specified that 82-year-old Bouteflika, who has been ruling Algeria since 1999, was taken to the Geneva University Hospitals instead of the hospital where he regularly undergoes medical examination. Security has been reportedly strengthened on the hospital floor on which Bouteflika's ward is located.

"Bouteflika is in an intensive care unit, no one is allowed to visit him… Bouteflika is in critical condition, he is nearly unconscious. Treating doctors cannot give him a license authorizing him to continue working," the source said, as quoted by Al Mayadeen.

The Geneva University Hospitals declined to confirm to Sputnik that Bouteflika was undergoing treatment there.

"We can neither confirm nor deny this information," the press service of the hospital said.

© AFP 2021 / FAROUK BATICHE
Land of Funky Music: Five Things You Didn't Know About Algeria and its Elections
The Algerian presidential election is scheduled for April 18. The opposition forces have not agreed upon a common candidate so far.

On Friday, thousands of people across Algeria took to the streets to protest against Bouteflika's nomination, with the protests resulting in clashes and multiple detentions and injuries.

Bouteflika suffered a stroke in 2013 and has since then been wheelchair-bound, rarely making public appearances.