WASHINGTON (Sputnik) – Medical facilities treating Ebola victims in the Democratic Republic of Congo are upgrading security following attacks this week that forced patient evacuations and the closure of two treatment centers, the United Nations World Health Organization (WHO) said in a press release on Thursday.

"Following the most recent Butembo attack, WHO and partners are working to ensure the safety of the patients and staff," the release said. "Patients have been transferred to the Katwa transit center, which WHO is expanding to house and treat these additional patients."

Doctors Without Borders and WHO reported that all staff had been accounted for following the February 24 attack in Katwa and a 27 February attack in Butembo. 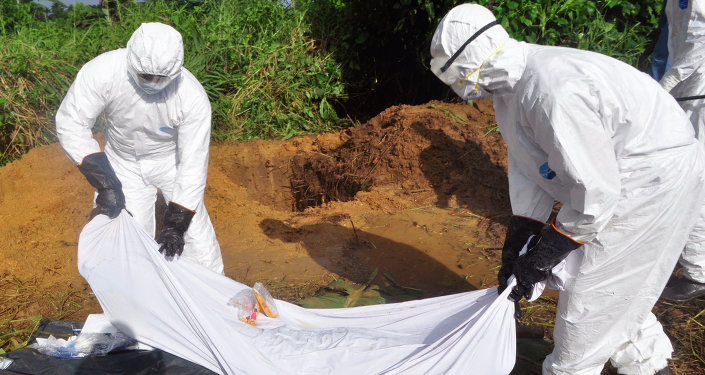 © AP Photo / Abbas Dulleh
UN Health Agency Reports 36 New Ebola Cases in Democratic Republic of Congo
Meanwhile, WHO reported 77 new Ebola cases in the past three weeks, mainly in Katwa and Butembo, the primary health zones for the disease, with isolated cases in seven other health zones in the nation’s eastern region.

The largest Ebola outbreak to date killed more than 11,000 people in the West African nations of Guinea, Liberia and Sierra Leone between December 2013 and April 2016.