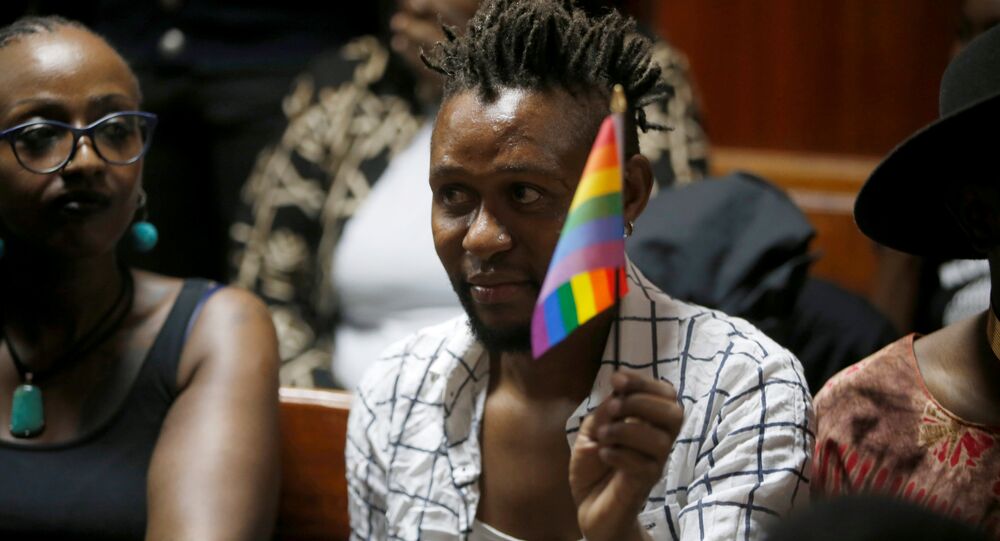 Several African countries have made moves toward decriminalization of same-gender relations in recent months. While Kenya’s High Court has postponed its ruling until May, Botswana announced it would take up the case next month. Meanwhile, Angola scrapped an anti-gay law at the start of the year.

Originally due to consider the case on February 22, Kenyan High Court Justice Chaacha Mwita said the body had delayed the ruling until May 24 because some judges had been too busy to be ready for the case, News 24 reported.

"A positive ruling will mean sexual minorities in Kenya will have the freedom to exist," Lelei Cheruto, from the National Gay and Lesbian Human Rights Commission (NGLHRC), told Reuters last week. "It will be a step toward their inclusion in society. We feel we have a very solid case." The NGLHRC is one of the groups behind the court petition seeking to decriminalize same-gender sexual relations.

At present, two laws dating to the era of British colonialism, which ended in 1963, make same-gender sex illegal under the Victorian-era euphemism of "carnal knowledge against the order of nature," punishable by up to 14 years in jail. Dozens of former British colonies have retained the laws on their books, although they are slowly giving them up: last year, both India and Pakistan scrapped their versions of the law, Sputnik reported.

Activists say the laws promote homophobia and encourage the daily persecution and discrimination against members of sexual minorities, including in employment, housing, medical care and education. They are also subjected to blackmail and extortion and experience much higher rates of physical and sexual assault.

Between 2013 and 2017, 534 people were arrested in Kenya for same-gender relationships, according to government statistics, and since 2014 the NGLHRC has recorded over 1,500 attacks on LGBT people.

Activists are fighting an uphill battle against the Kenyan government, President Uhuru Kenyatta and prevailing traditional attitudes about sex and gender. Kenyatta has said that "gay rights is really a non-issue," while his deputy president, William Ruto, said the country has "no room" for gays.

"People across the continent are watching the Kenyan case very closely," Anthony Oluoch, from Pan Africa ILGA, a global charity advocating for the rights of sexual minorities, told Reuters. "There are laws in many African countries that criminalize same-sex relationships, so if we get a positive ruling in Kenya, it will give hope to the continent."

Indeed, it's already doing just that. Botswana's High Court announced last week that it, too, would take up the question, saying its three-judge panel would rule on the case brought by activist group Lesbians, Gays and Bisexuals of Botswana on March 15, AFP reported.

Did you know? The Botswana LGBTIQ community is seeking to decriminalise homosexuality. The High Court has set the date for March 14th 2019, as the day they will hear the case. Wishing our colleagues in Botswana a glorious victory! Aluta!! #StandStrongBotswananLGBTIQ #LoveWins

© RIA Novosti . Dmitry Korobeinikov
‘Give Me Their Names’: Tanzanian Commissioner Announces Squad to Hunt Down LGBTQ People
​Angola, too, shed the "vices against nature" provision of its penal code in a new version of the code the Angolan Parliament has been redrafting for years, the Jornal de Angola reported. On January 23, the former Portuguese colony's legislature voted 155-58, with seven abstentions, to adopt the new code, which left the anti-gay clause out. Other progressive measures, such as one that would have legalized abortion in the case of rape, were much more hotly contested and eventually removed from the proposed changes.

However, Luanda didn't stop there: the new penal code also prohibits discrimination against people on the basis of sexual orientation, with violators facing up to two years in prison, a move embraced by the United Nations.

Several other African countries have decriminalized same-gender relationships in recent years, including Mozambique in 2015, another former Portuguese colony whose path Angola is following now, and the kingdom of Lesotho, which scrapped its anti-sodomy law in 2012, AFP noted. Also, Sao Tome and Principe decriminalized in 2012, and Seychelles in 2016. Other countries such as Mali and Gabon lack formal legal stances either for or against same-gender relations, and the question remains up in the air. South Africa, which legalized same-gender marriage in 2006, is the only African country to have done so.

However, other countries, such as Niger, Chad and Tanzania, have doubled down on the oppression of LGBT people, introducing new laws or strengthening old ones in recent years.

Sputnik reported last November that Dar-es-Salaam Governor Paul Makonda had announced he was forming a 17-member squad to track down and punish same-gender couples in Tanzania.

"These homosexuals boast on social networks," Makonda told AFP at the time. "Give me their names. My ad hoc team will begin to get their hands on them." The following week, 10 men were arrested at a wedding on the island of Zanzibar on suspicion of it being for a gay couple. The Independent reported November 1 that Makonda's team had been given thousands of names and received 18,000 messages of support for his crusade, many of which also named individuals suspected of being gay or bisexual.

Makonda's move is only the latest event in a trend of homophobic rhetoric and activity by Tanzanian officials since the election of conservative President John Magufuli in 2015, a close ally of Makonda nicknamed "the Bulldozer" for his strict policy agenda. Magufuli has also made political moves against the LGBT community in Kenya, attacking the availability of HIV/AIDS drugs and resources for gay men, trans women and sex workers.

Following news of the renewed crackdown, multiple European nations and international agencies protested the breakdown in the rule of law and the undermining of human rights in the country, and when their complaints were rebuffed, began pulling their funding for different aid programs.

On February 20, US Vice President Mike Pence announced a new global initiative by the United States to decriminalize homosexuality worldwide. The move caught many activists by surprise, given Pence's numerous highly public homophobic remarks over the years.

"Homosexuality is incompatible with military service because the presence of homosexuals in the ranks weakens unit cohesion," reads one quote from his 2001 House of Representatives election campaign website. Another says, "Congress should oppose any effort to recognize homosexuals as a ‘discreet (sic) and insular minority' entitled to the protection of anti-discrimination laws similar to those extended to women and ethnic minorities."

However, Washington's international move against homophobia appears far more cynical when seen in the light of remarks Pence made earlier this month at a conference in Warsaw, Poland, organized for the purposes of coordinating policy against Iran.

"The authoritarian regime in Tehran represses the freedom of speech and assembly; it persecutes religious minorities, brutalizes women, executes gay people and openly advocates the destruction of the State of Israel," Pence said.