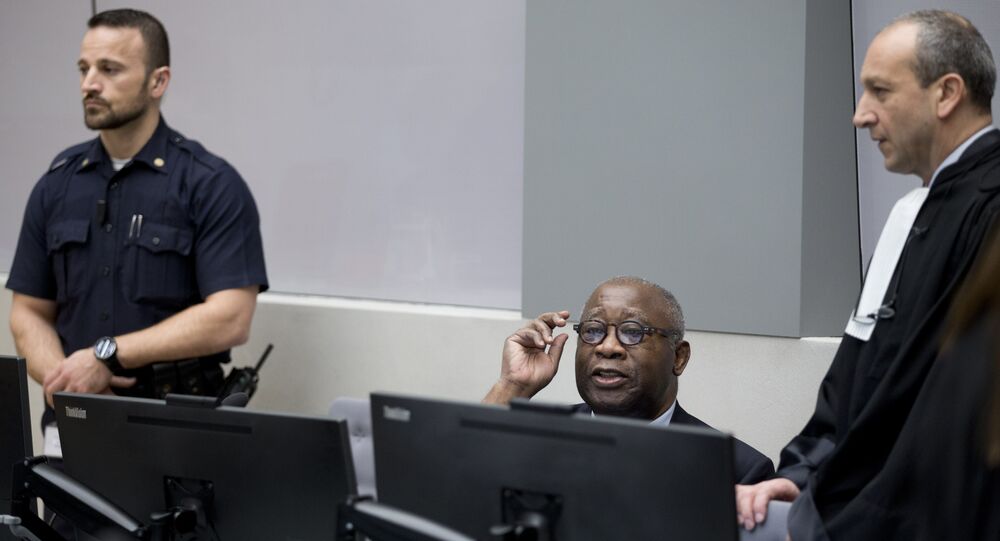 In mid-January, the International Criminal Court dismissed the war crime charges against Gbagbo and his co-accused former political ally, Charles Ble Goude. However, prosecutors contested his release, striving to add conditions to it.

Appeals judges at the International Criminal Court on Friday announced the terms of release for former Ivorian President Laurent Gbagbo, who was acquitted of war crimes charges two weeks earlier.

According to the verdict of the five-judge panel, with Presiding Judge Chile Eboe-Osuji, Gbagbo and co-defendant Charles Ble Goude were "to be released to a state willing to accept them on its territories". The presiding judge also instructed court officials to determine a country willing to accept Gbagbo and Ble Goude.

#Gbagbo and #BleGoude shaking hands with lawyers after they hear they will be released but with conditions. #ICC #IvoryCoast pic.twitter.com/CtsJvUrs4e

​Investigation Into Gbagbo and Ble Goude

The ICC launched a probe into acts of violence committed during the 2010-2011 conflict in the Ivory Coast in October 2011. During the conflict, there were frequent clashes between security forces and the local population. In 2016, the ICC commenced a trial against Gbagbo and Ble Goude, charging them with crimes against humanity.

After several years of investigation, on 15 January 2019, the ICC dismissed the charges against him. However, prosecutors appealed to add some conditions to their release: in particular, to ensure that they return to the court if necessary.