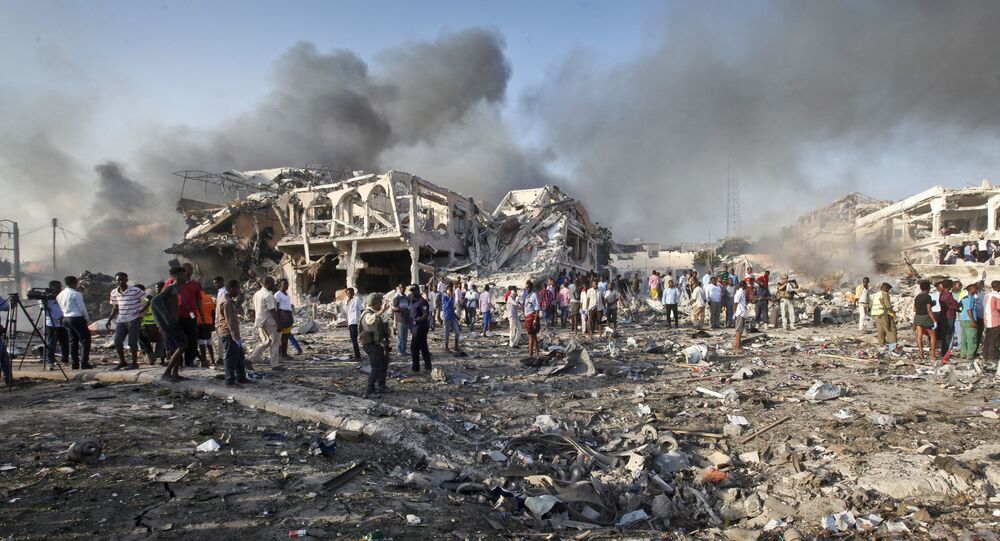 According to the TV channel Al Mayadeen, one of the blasts hit a hotel in the city of Mogadishu, while another is believed to be caused by a car parked near a bank.

According to the Mareeg news portal, Somali armed group, Al Shabaab has claimed responsibility for the roadside bomb explosion, also stating via their Radio Andulus mouthpiece that the attack has killed 6 soldiers.

Somali officials, however, have not addressed the statement yet.

Somalia has been engulfed in violence since the eruption of a civil war between clan-based armed factions in the early 1990s. Al Shabaab, which has links to the al-Qaeda* terrorist organisation, has conducted numerous attacks throughout the country in an attempt to impose a radical version of Sharia law.

*al-Qaeda is a terror group banned in Russia