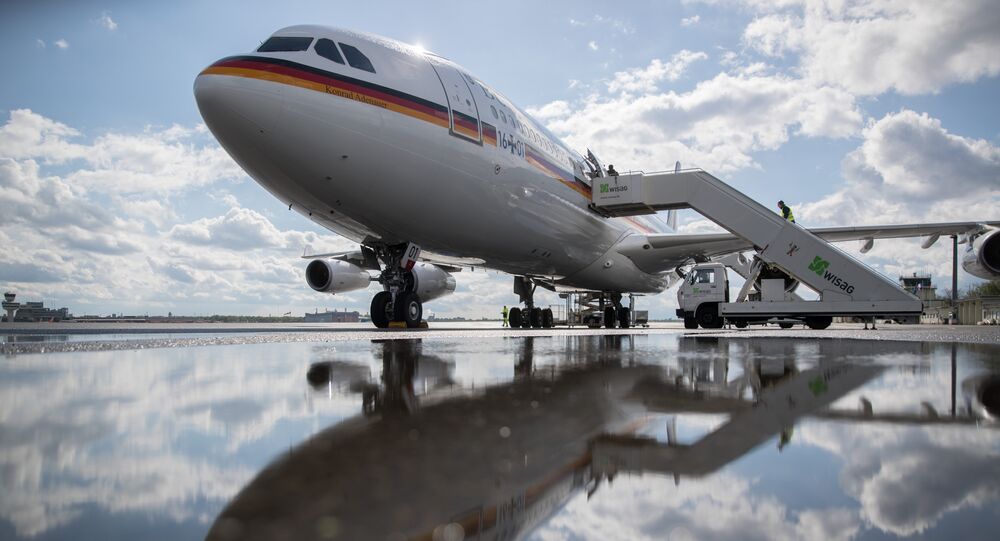 Gerd Müller has become yet another German politician to suffer from plane troubles after his fellow party member, Angela Merkel, was forced to miss the opening of the November G20 meeting in Argentina when her flight was cancelled due to the breakdown of on-board radio communications systems.

German Minister of Economic Cooperation and Development Gerd Müller got stuck in Africa after his aircraft failed to take off due to technical problems, according to news channel n-tv.

Müller, who travelled to southern Africa this week for an official visit, was unable to depart from Malawi on Monday due to a defective valve in his Bombardier Global 5000 jet. The minister and his delegation were forced to switch to a commercial flight to fly to Zambia, the delegation's next stop, but has been stranded there ever since and had to cancel a scheduled trip to Namibia.

A team of German air force technicians had reportedly arrived in Malawi to fix the government plane, but they became stranded too, as a spare valve which had been flown in flown from Germany is now stuck in South Africa, said a spokesperson for the Development Ministry.

Müller, who was originally scheduled to return to Germany on Wednesday night, is now expected to fly back on Friday — a somewhat unpleasant change of plans for a high-profile official.

Such breakdowns would have an "enormously negative symbolic effect for the high-tech nation of Germany", the stranded CSU politician said while in Zambia. "These failures must come to an end", he demanded.

Müller's plane troubles came a month after Chancellor Angela Merkel was unable to make it to the Buenos Aires G20 summit on time. Her government aircraft had to turn around just one hour after its departure from Germany and make an emergency landing in Cologne due to a malfunction in its communications system.

The chancellor had to spend a night in a hotel in Bonn and flew to Argentina via Madrid the following day.