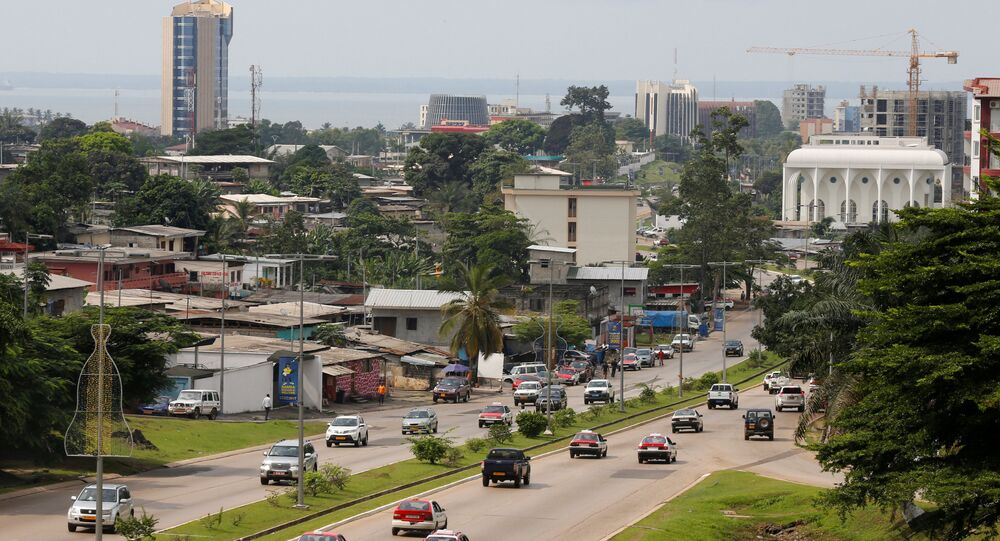 Earlier in the day, a group of military servicemen reportedly seized the state broadcasting station of Gabon to announce the creation of a so-called National Restoration Council.

According to the president's office, two military officers involved in the failed coup have been killed.

"[Security forces] took the building by storm. Two participants of the rebellion were killed, and hostages were freed," the statement reads.

The Gabonese military officer who led the thwarted coup attempt early on Monday morning, Lieutenant Kelly Ondo Obiang has been arrested, government spokesman Guy-Bertrand Mapangou told reporters. According to RFI radio station, it was Obiang who fled, dressed in civilian clothes, which he took away from the editorial staff.

A few hours later, the rebel leader was found in a house near the broadcasting station’s office.

© AP Photo /
Belgium Warns of Possible Anti-Congo Sanctions Over Delay in Election Results
A government spokesman earlier stated that four military servicemen who were involved in the attempted coup had been arrested by the country's security services, while one individual managed to escape.

Authorities have taken back control over the state broadcasting offices and a major highway in the capital, Libreville, which were the only areas taken over by the officers, according to the spokesman.

© AP Photo / Jerome Delay
80 US Troops Deployed to Central Africa Over Concerns of Violence in Congo
The aforementioned coup attempt took place early on 7 January, when Gabonese rebel military officers seized the state broadcasting station stating they had been disappointed by the December 31 address of President Ali Bongo Ondimba and branded it "a deplorable performance of the fierce attempt to retain power".

The army of Gabon, in turn, reportedly did not support the rebellious officers and kept control over all strategic facilities, while the seized broadcasting station was encircled.

In his New Year video address from Rabat, that outraged rebel military servicemen, Ali Bongo, 59, made his first public appearance since he suffered a stroke on October 24 and underwent a long treatment in Saudi Arabia and Morocco. The president said that he felt better and was preparing to meet the nation again. Though he appeared to have delivered his speech without much effort, media pointed to the fact that the president's lower body had not been shown, thereby fuelling further speculation about the head of state's months-long absence from the country and his ability to perform his duties.