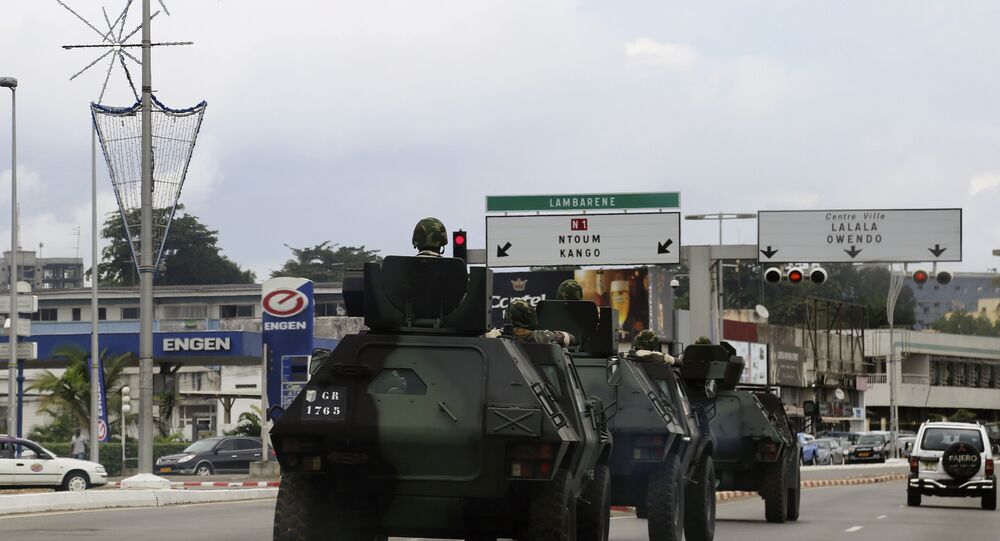 The military has taken control of the state-owned broadcasting station in Gabon to announce the creation of a "National Restoration Council", RFI radio in Africa reported.

Gabon's envoy to Paris has stated as quoted by RFI radio that the rebel military personnel in Libreville have now been arrested. According to reports, four soldiers have been arrested, while one fled.

"The government is in place, the institutions are in place", a Gabon government spokesman stated, speaking about the attempted coup.

Earlier, RFI radio reported that the military had arrived at the office of the broadcaster at about 4 a.m. local time (3 a.m. GMT). The communique on behalf of the army was reportedly read over the air by Lieutenant Kelly Ondo Obiang.

The statement says that a New Year's address by President Ali Bongo "reinforced doubts about the president's ability to continue to carry out of the responsibilities of his office". The military announced that in the next few hours it would create a National Restoration Council.

#BREAKING: Military coup underway in Gabon, according to broadcast on national radio pic.twitter.com/ew8JBbfGn2

Gabon’s President Ali Bongo Ondimba was hospitalised in Riyadh on 24 October. According to RFI, the 59-year-old president suffered a stroke. He is currently undergoing a recovery treatment in Morocco, the radio station noted.

In his New Year video address from Rabat, Ali Bongo said that he felt better and was preparing to meet the nation again. Though he appeared to have delivered his speech without much effort, media outlets pointed to the fact that the president’s lower body was not shown, thus fuelling further speculation about the head of state’s months-long absence from the country and his ability to perform his duties.

READ MORE: 80 US Troops Deployed to Central Africa Over Concerns of Violence in Congo

The army's statement comes only days after Donald Trump said in a letter that the US had deployed 80 military personnel to Gabon in response to reported violence in the Democratic Republic of the Congo (DRC) related to the recent election.

The US military personnel will remain in the region until the security situation in the DRC no long requires it, the letter said.