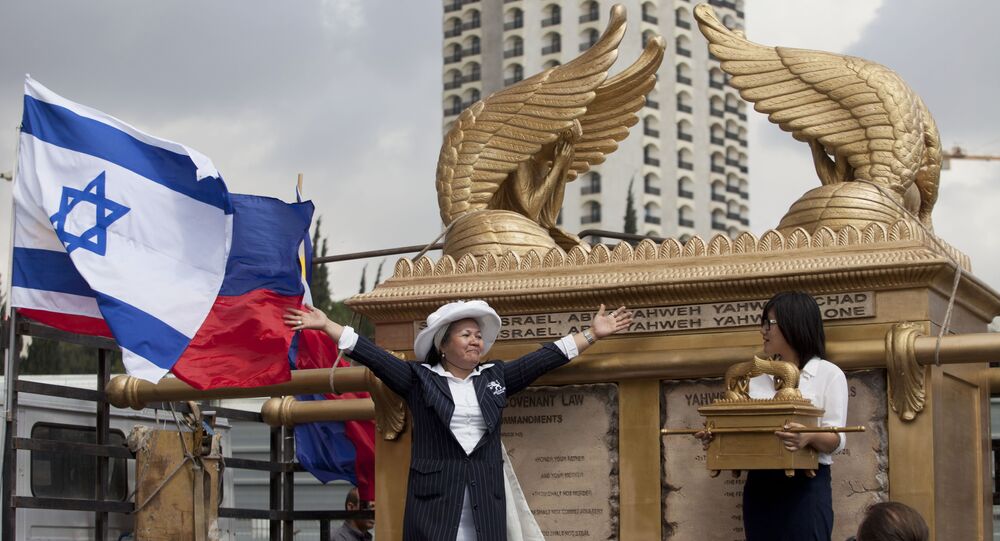 The Ark was allegedly spirited away from Israel to Ethiopia via Egypt by a sect of Jews driven away by King Manasseh, and may now be resting at the Church of Our Lady Mary of Zion in Axum.

The US-based Bible Archaeology Search and Exploration Institute (BASE) has announced that its scholars have allegedly pinpointed the location of a legendary Biblical relic known as the Ark of the Covenant.

According to the BASE archaeologists, the Ark, a chest said to contain the two stone tablets inscribed with the Ten Commandments, was first shipped out to Egypt and then taken to Ethiopia.

"As unusual as this may sound, the BASE team has uncovered compelling evidence that the Ark may well have been spirited up the Nile River to an eventual resting place in the remote highlands of ancient Kush–modern-day Ethiopia,” BASE said, noting that while their theory is not 100 percent foolproof, it has "strong potential."

© CC0
Ring Unearthed in West Bank Belonged to Jesus's Executioner Pilate - Reports
The researchers claim that a sect of Jews driven by King Manasseh from Israel took the Ark with them and transported it to Egypt from where they eventually sailed up the Nile to Ethiopia.

BASE investigators pursuing this lead eventually arrived at the Church of Our Lady Mary of Zion in the city of Axum, whose priests claimed that the Ark was indeed contained within.

The investigators however were refused access to the alleged relic, as apparently only a guardian monk keeping a lifelong vigil over the Ark can see it.

"At this juncture, we cannot say with certainty that it is, but neither can he say for certain that it isn’t," the investigators said. "What we have concluded is that St. Mary’s of Zion church in Axum, Ethiopia, is the resting place either of an incredible replica of the biblical Ark of the Covenant, or, of the actual Ark of the Covenant itself."

In Search of the Lost Ark: Did it Really Exist?