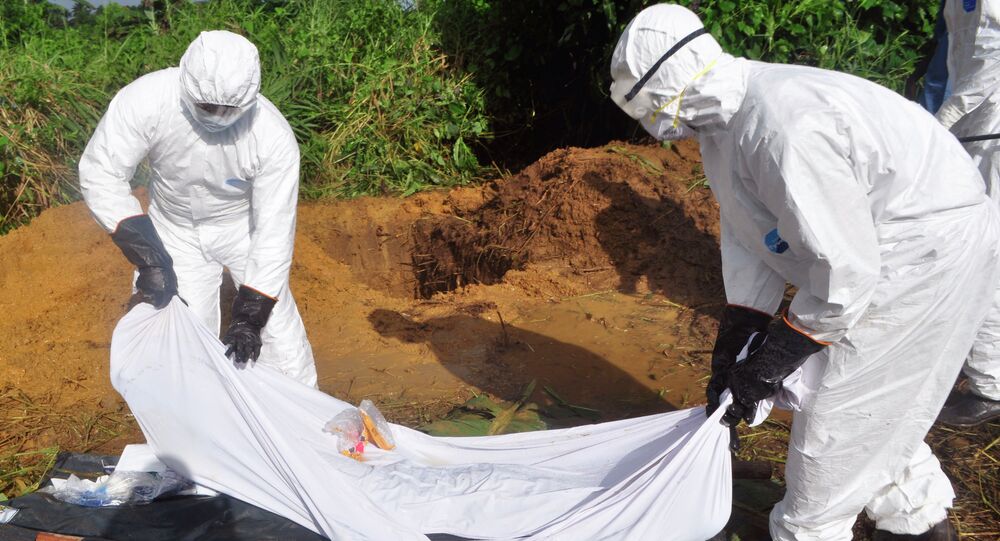 WASHINGTON (Sputnik) - The risk of Ebola spreading in the Democratic Republic of Congo (DRC) and neighbouring countries remains high, with 36 new cases of the deadly virus reported in near the DRC border in the week ending November 29, the World Health Organization (WHO) reported in a press release on Thursday.

"During the reporting period (21-27 November 2018), 36 new cases were reported: 13 in Beni, nine in Katwa, six in Kalungunta, six in Butembo, one in Kyondo and one in Oicha," the release said. "The risk of the outbreak spreading to other provinces in the Democratic Republic of the Congo, as well as to neighbouring countries, remains very high."

The Ebola outbreak is thus far confined to North Kivu and Ituri provinces at or near the DRC’s border with Uganda, South Sudan, Rwanda, Burundi and Tanzania.

© AP Photo / Abbas Dulleh
Confirmed Ebola Cases in DR Congo Rises to 291 – Health Ministry
During past week, alerts of possible Ebola cases have been reported from South Sudan and Uganda, although, although Ebola has been ruled out for all alerts to date, the release said.

As of 27 November, 422 Ebola cases — 375 confirmed and 47 probable — with 242 deaths, have been reported in 11 health zones in North Kivu Province and three health zones in Ituri Province, the release added.

The largest Ebola outbreak to date killed more than 11,000 people in the West African nations of Guinea, Liberia and Sierra Leone between December 2013 and April 2016, according to published reports.