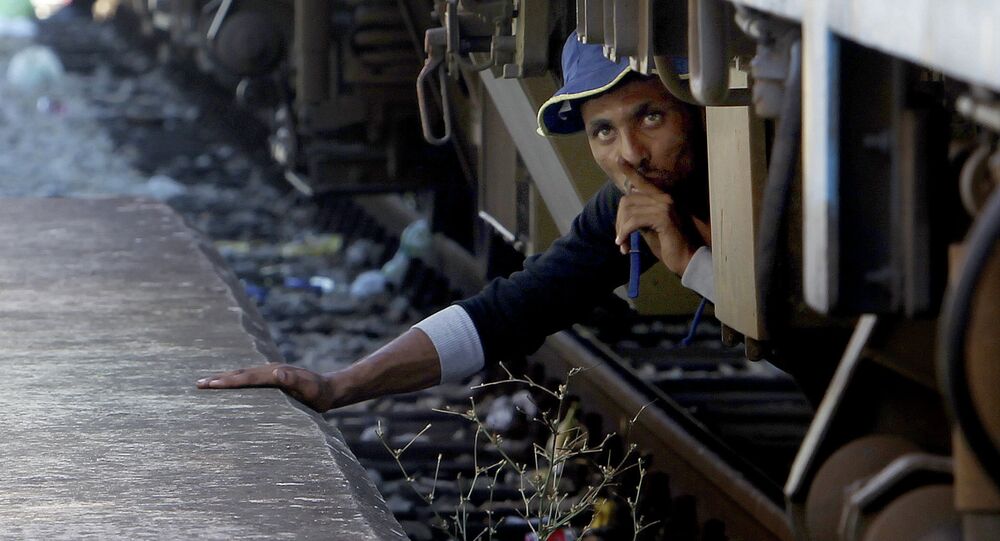 The potential possibility for migrants to apply for asylum from regional disembarkation platforms could turn the facilities into another new magnet for migrants and nudge the latter toward risky sea travels across the Mediterranean, Austrian Chancellor Sebastian Kurz has warned.

Libya and its North African neighbors are opposed to the EU's plan for migrants to apply for asylum from regional disembarkation platforms, in a bid to stem the flow asylum seekers entering the bloc, Libyan Foreign Minister Mohamed al-Taher Siala said in an interview with an Austrian newspaper published on Friday.

"All North African countries reject this proposal — Tunisia, Algeria, Morocco and Libya, as well," Siala told Die Presse during an official visit to Vienna this week.

"So with which countries does the EU want to agree these disembarkation platforms?" he added.

In July, the European Council summit agreed on several aspects of EU migration policy, including the establishment of "regional disembarkation platforms in close cooperation with relevant third countries" and controlled centers in the EU member states to process asylum applications to decide which are refugees in need of protection and which are economic migrants who should be returned to their home countries.

© AFP 2021 / John MACDOUGALL
Kurz Opposes Possibility to Apply for Asylum From Disembarkation Platforms
The resettlement or relocation of migrants across the bloc is expected to be done on a voluntary basis amid the lack of consensus.

According to Mohamed al-Taher Siala, there are around 30,000 illegal migrants currently held in detention centers in Libya "and around 750,000 outside."

He said that while Tripoli was cooperating with Brussels to send the migrants to their home countries, some of these countries, many West African ones, “refuse to take them back."

He added that in its effort to reduce the number of migrants, Libya had reached an agreement with Chad, Niger and Sudan to ensure better protection of its southern border.

"That's actually where the European border begins, not the Mediterranean," he emphasized, adding that the EU could provide "logistical (aid): Land Cruisers, drones, helicopters and perhaps a few light weapons."

In July, Austrian Chancellor Sebastian Kurz criticized the idea of setting up regional disembarkation platforms, warning that they would further encourage potential migrants to seek asylum in Europe.

Kurz argued that it would be more reasonable to first evacuate such people from crisis-hit regions rather than spur them to embark on a risky travel across the Mediterranean.

EU and Arab leaders will be meeting in Egypt in February to forge a new European-African alliance and fight migrant smuggling.

Kurz Opposes Possibility to Apply for Asylum From Disembarkation Platforms