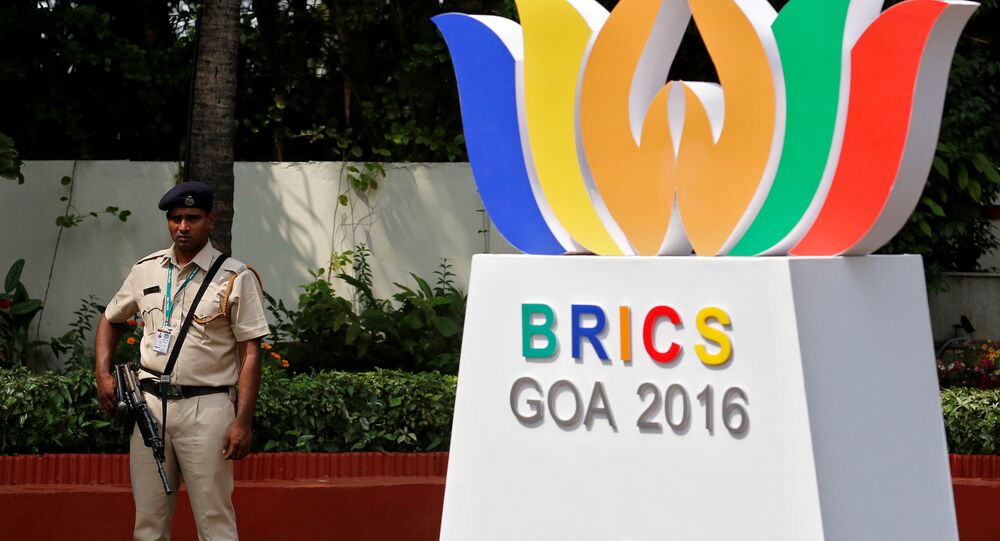 MOSCOW (Sputnik) - Development of trade and economic cooperation with Russia will provide Africa with an opportunity to expand into the markets of Eastern Europe and Central Asia, the executive vice president of the African Export-Import Bank (Afreximbank), George Elombi, told Sputnik.

According to Elombi, the bank’s strategic plan for 2017-2021 puts a special emphasis on strengthening economic and trade ties with BRICS countries.

"Russia, with its diversified economy and strong export-oriented industrial and manufacturing sectors, offers a great opportunity for African countries to diversify beyond their traditional markets, namely OECD [the Organisation for Economic Co-operation and Development] countries. Fostering economic and trade relationship with Russia will open African economies to huge markets not only in the Russian Federation but also in Eastern Europe and Central Asia, two regions where Russia plays a leadership role," Elombi said in an interview.

© AFP 2019 / BRENDAN SMIALOWSKI
South Africa Leader Calls on All States to Ratify Nuclear Weapons Treaty
Russia’s experience will be also beneficial to all African nations, as they are embarking on industrialization and export-oriented manufacturing, the senior manager stressed.

Afreximbank was established in 1993 as a joint venture of African governments, African and non-African private investors and financial institutions in order to develop trade on the continent and outside it. The Russian Export Center has been one of the bank's stakeholders since December 2017.