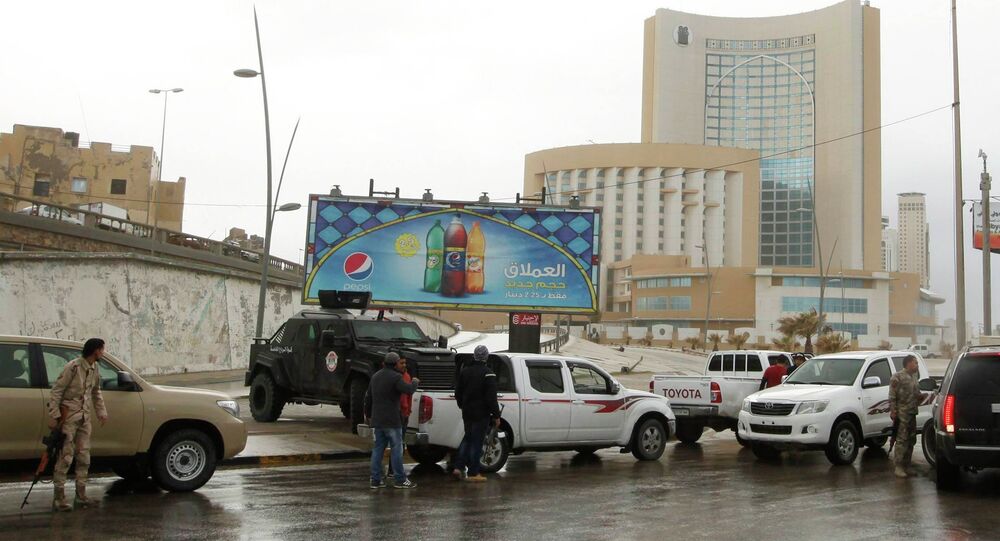 TRIPOLI (Sputnik) - A bomb explosion at the headquarters of the Libyan National Oil Corporation (NOC), located in the country's capital of Tripoli, has resulted in an unknown number of deaths and over six people being injured, a source in the corporation told Sputnik.

Two people have been killed, dozens have been injured in an explosion that hit the headquarters of the Libyan National Oil Corporation (NOC), located in the country's capital of Tripoli, spokesman for the Libyan Department of wounded Malik Marsit told Sputnik.

"The emergencies service's teams have recovered two bodies from the organization's office and took dozens of people, who got injured in armed attacks, as well as those who suffered from strangulation due to the smoke, to hospitals near the headquarters of the Libyan National Oil Corporation," Marsit said.

Several armed men attacked the NOC earlier in the day, one of whom, a suicide attacker, reportedly detonated explosives in the building.

According to the source, some people inside the building were killed. The attackers are still inside.

The security forces have reportedly smashed the windows of the building so that the NOC staff could leave.

Firemen and ambulances have reportedly arrived at the site.