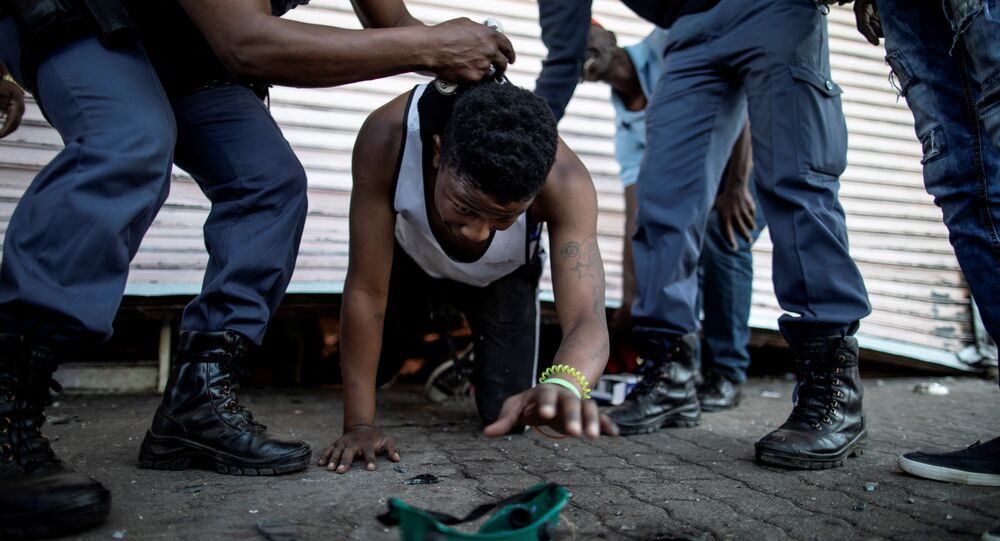 MOSCOW (Sputnik) – The news comes after recent reports about aggression of South Africans against foreigners, including refugees, during a deadly rally and looting attack last week, which made The UN Refugee Agency (UNHCR) on Tuesday express its concern.

"UNHCR, the UN Refugee Agency, is extremely concerned at recent xenophobic violence in South Africa. Those targeted have included refugees and asylum-seekers… UNHCR is calling on the authorities to ensure that those responsible for acts of violence and violations of human rights are brought to account," the UNHCR said in a statement, summarizing what was said by its spokesman, Charlie Yaxley, at a press briefing earlier on Tuesday.

The agency stressed that all possible efforts should be taken by the authorities to prevent attacks on foreigners in the future. The UNHCR emphasized that such xenophobic violence might lead to further damage and destruction of property across the country.

Earlier reports stated that at least four people were killed as over 100 people descended onto the Soweto area of Johannesburg to loot property and shops belonging to foreigners.

Over recent months, South Africa has been facing a rise in violence against foreigners, the majority of whom come from Nigeria, Somalia and other African states.

Protesters often target small shops run by migrants, claiming that they are stealing scarce jobs from South Africans and are responsible for the country's high crime rates.