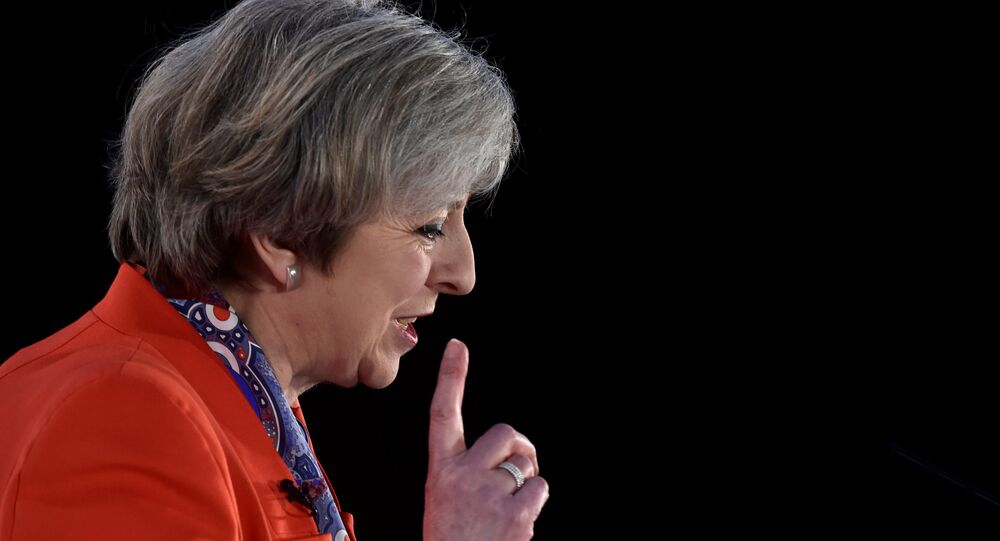 The British prime minister was challenged to a heated discussion in a South African interview by one of Channel 4’s most seasoned interviewers. The intense exchange of words reminded the UK leader of the painful legacy left to her by previous administrations.

Michael Crick of Channel 4 news was unrelenting towards British prime minister Theresa May in a Wednesday afternoon interview in Cape Town, as she struggled against a volley of his questions on her activism record during South Africa's blighted Apartheid era.

Crick began his interview with PM May with an ad hominem probe of her activism during the 70s and 80s. "What did you do to help release Nelson Mandela?"

May responded circuitously, stating that "What I think is important is what the United Kingdom did…" before Crick abruptly cut her off.

At that point, Crick remained firm and turned up the heat on May, pointing out her contradictory statements. "At that stage, [former prime minister Margaret Thatcher] believed that Nelson Mandela was a terrorist. Were you a loyal Conservative Party member? Did you think the same thing?"

May, looking completely flustered, began to recycle her previous words in an attempt to convince Crick of her genuineness.

"What was important was the support the UK Government was giving at the time, often support behind the scenes, but in other ways too, to ensure that we saw the result that we did in relation to the ending of apartheid here in South Africa," May assured. However, Crick's ridicule continued.

"Now you are going to Robben Island. Are you going to be feeling guilty that at the time Nelson Mandela was on Robben Island you, Theresa May, did nothing to help his release? You personally."

"What I will be feeling," May told him, "I think, when I go to Robben Island, is to recognise the immense statesmanship of a man who spent so many years incarcerated and when he came out of that incarceration had that breadth of vision and that calm approach that has enabled South Africa to be built into the country that it is today."

Theresa May is currently on a tour of African nations to promote an ambitious strategy by meeting South African, Nigerian, and Kenyan delegates. The leaders will discuss trade deals and cultural exchanges, acting as a litmus test for Britain's post-Brexit foreign policy.

May also signed a guestbook commemorating the 100th anniversary of Nelson Mandela's birth, writing in it that it "has been a privilege to visit in this year."

During South Africa's Apartheid era, Thatcher united efforts with then-American president Ronald Reagan to shape a policy of ‘constructive engagement’ in order to reform Pretoria's government, hoping to strike an alliance with the potential bulwark against the Soviet Union. The United Nations adopted Resolution 1761, which condemned South Africa's apartheid government, encouraged other nations to break diplomatic ties, and imposed sanctions.

Unfortunately, Thatcher refused support for the African National Congress (ANC), calling the political group ‘terrorists’ and provoking the ire of anti-Apartheid activists worldwide. In 1987, she said that anyone who believed the ANC would rule South Africa was ‘living in cloud-cuckoo-land', the Guardian mentions.