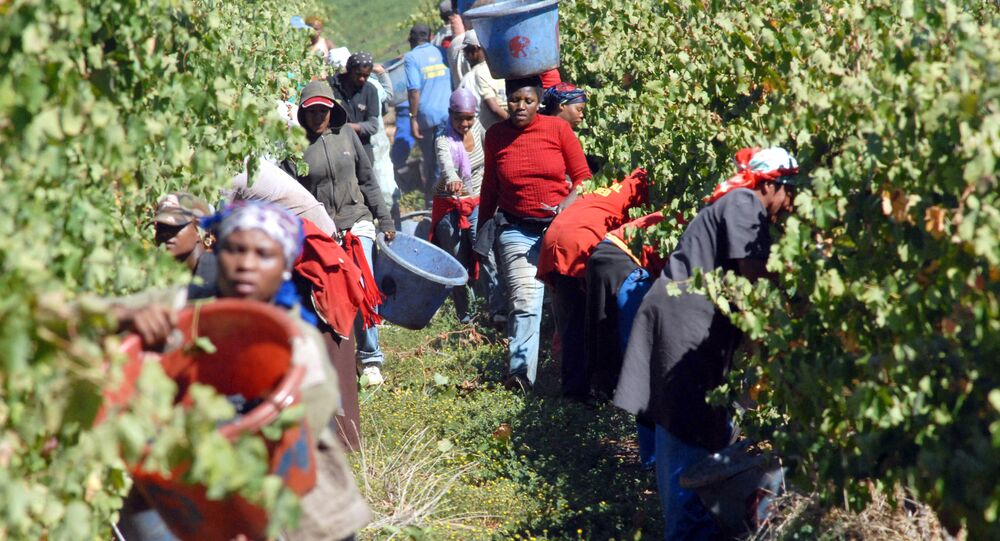 Right now, the South African government, led by President Cyril Ramaphosa from the ruling African National Congress (ANC), is looking into constitutional reforms that would let the country expropriate land from white farmers and hand it to black owners without compensation.

South Africa's ruling African National Congress (ANC) has targeted 139 farms that they plan to expropriate without compensation in the coming weeks, in line with section 25 of the country's Constitution, according to the website News 24.

It cited Zizi Kodwa, a member of the ANC's national executive committee (NEC), as saying that the move should be "appreciated" by domestic and international investors, given that "long-term investment is tied [to] ownership of land by the majority of people."

"In other words, if you are talking about sustainable long-term certainty, it is tied to addressing the injustices of the past. You can appreciate the jittery response and so on, the shocks at the moment, but what we are doing now is to create policy certainty and the conditions for future investment," Kodwa added.

He vowed that the ANC will "finalize a proposed amendment" to the constitution in a measure which he described as "critically important" to the country's economy.

Even though South Africa passed a law allowing land expropriation in 2016, Ramaphosa said that he believes that the constitution should be "more explicit" on the issue.

© AP Photo / Schalk van Zuydam
Attacks on White Farmers in South Africa: Expert Explains What Gov't Should Do to Protect Owners
In March, South Africa's parliament passed a motion tabled by the left-wing Economic Freedom Fighters (EFF) party that could lead to the seizure of land from white farmers without any financial recompense.

The ANC supported, but amended the motion, with Ramaphosa pledging to speed up the transfer of land from white to black owners.

The proposal comes amid growing public anger about the slow pace of land reform in South Africa, where a few thousand white commercial farmers reportedly possess the lion's share of the country's fertile land.