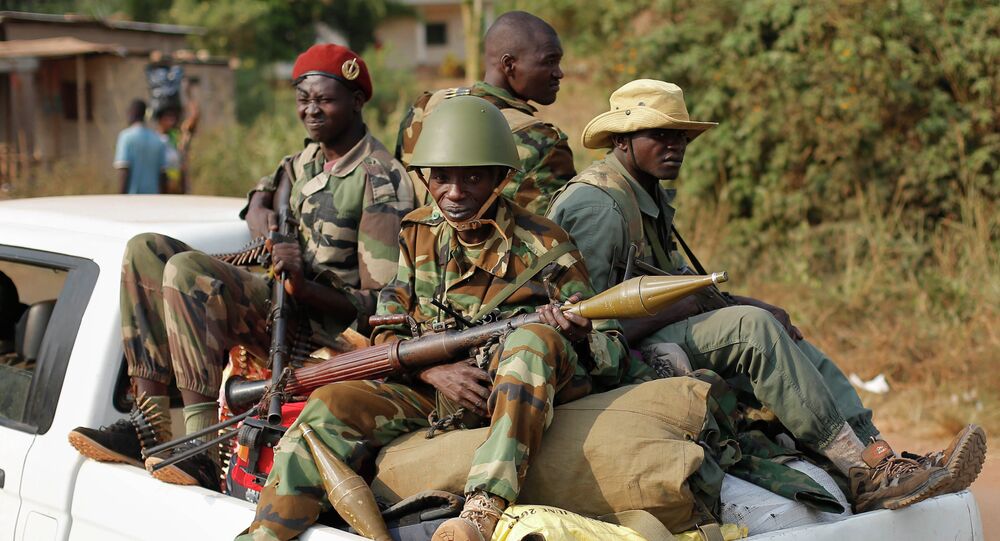 According to preliminary findings, they could have been killed as a result of a robbery attack. The journalists' bodies have already been delivered to the CAR capital city of Bangui. The Russian Investigative Committee has opened a criminal investigation in connection with the killing of the Russian citizens.

The AFP news agency reported, citing security sources, that three people with press cards, allegedly of Russian origin, were killed in the CAR early on Tuesday. Several media sources speculated that two of the three victims were Izvestia employees. The Izvestia later denied this information.

Russian opposition figure Mikhail Khodorkovsky's investigative center later confirmed that it had sent a film crew, which included Radchenko, Rastorguyev and Dzhemal, to the CAR as part of a joint film project.

"The problem was that they had to go somewhere, to another site, and they were supposed to have no connection for about 24 hours. And so they got in touch, said they were going, and were expected to get in touch again tonight [on Tuesday]. The last time they were in contact was Sunday night. Now we are trying to contact them but their phones are switched off," Gorshkova said.

According to Konyakhin, the journalists were making a documentary film "about the life in the CAR," but had no accreditation. A source familiar with the situation told Sputnik later that the killed Russian citizens had outdated licenses of various media outlets.

United Nations Multidimensional Integrated Stabilization Mission in the CAR (MINUSCA) told Sputnik that the bodies of the three killed Russian citizens had been discovered in an abandoned car 33 kilometers (20.5 miles) north of Sibut and had traces of multiple bullet wounds, while the car was damaged by shooting. All this points at an armed attack but its goal has not been established yet.

The Union of Journalists of Russia said in a statement it was trying to find out the circumstances of the journalists' deaths.

"The Union of Journalists of Russia is currently investigating the details of this tragic incident. The union expresses sincere condolences to the relatives, friends and colleagues of the killed journalists," the statement said.

Moreover, the Human Rights Watch (HRW) urged the CAR authorities  to cooperate with the Russian Embassy and the United Nations mission to immediately investigate the incident, describing the case as "strange as it happened in a safe area with very little armed group activity."