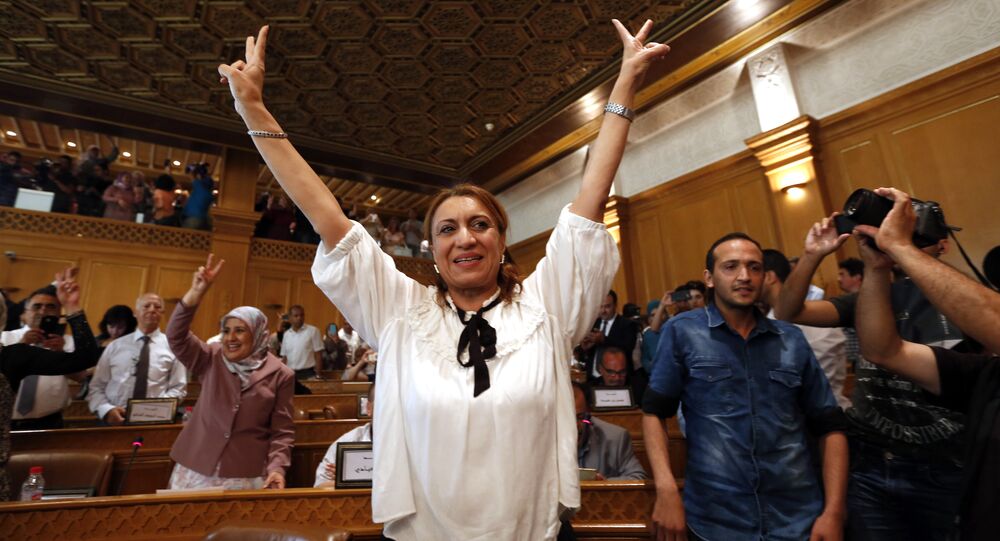 Tunisian Woman Mayor: 'More Power Needs to Be Given to Local Administration'

In early July, for the first time in the history of Tunisia, a woman was elected mayor of the nation's capital. Souad Abderrahim told Sputnik that her election was a victory for all Tunisian and Arab women.

Souad Abderrahim, a candidate from the moderate Islamist party "An-Nahda," was supported by 26 out of the 60 members of the municipal council of Tunisia.

In an interview with Sputnik, Abderrahim said that women in Tunisia have good opportunities and rights, but only account for 10 percent of government positions, which does not correspond to their real work.

She believes, however, that this figure will continue to grow with time. "I put myself up for the elections, because I believe that more power needs to be given to the local administrations. Representatives of small settlements should defend the interests of their native areas in the regional centers and in the apparatus of the central government.”

© AP Photo / Darko Vojinovic
Nine Police Officers Killed in Attack in Northwestern Tunisia - Reports
She went on to say that it was with the forgotten and distant rural settlements that the Tunisian revolution started in 2011. In her opinion, it is necessary to give people the opportunity to change their lives through legal means, not through revolution.

"The main challenge for me, as a mayor, is an economic crisis that affects the political and social situation. This is now experienced by many countries in the world,” Abderrahim said.

She believes that Tunisia will be able to overcome all its difficulties if the government wisely uses the energy of youth and unites the efforts of different political forces.

"My electoral program consists of three types of plans: long-term, medium-term and short-term. The latter include improving the appearance of the city, maintaining cleanliness, good lighting and increasing green spaces. Strict measures will be taken against vandals and violators of public order,” Abderrahim said.

According to her, the implementation of long-term plans will require much more time than the term of her work as a mayor. However, it will be enough time to lay the foundation, for example, in the transfer of power from the center to the local administrations.