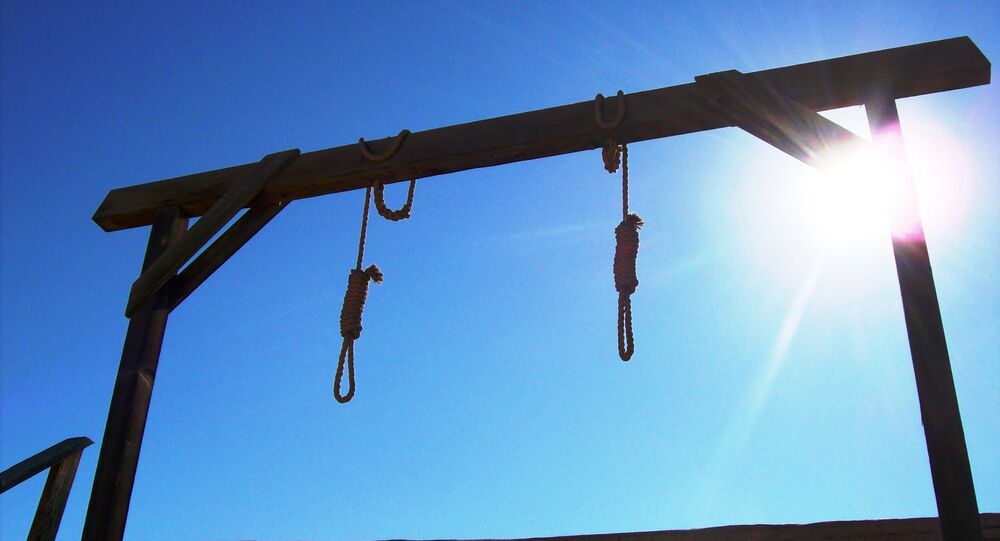 A Kenyan woman who stabbed her boyfriend to death in 2015 was handed a death sentence for his murder on Thursday, revitalizing a debate about capital punishment in a country that has not executed anyone in 31 years.

A Nairobi judge gave 24-year-old Ruth Wanjiku Kamande the most extreme punishment he could on Thursday. "I think passing any other sentence than the one prescribed [death] would turn the accused into a hero," High Court judge Jessie Lesiit said, Channel News Asia reported.

"I want young people to know that it is not cool to kill your boyfriend or girlfriend even where you feel disappointed or frustrated — don't do it," the judge urged in the sentencing. "Instead, it is cool to walk away and thereafter to forgive."

Kamande slashed her boyfriend, 24-year-old Farid Mohammed, to death with a kitchen knife in September 2015, stabbing him 25 times, The East African reported. Judge Lesiit dismissed her claims of self-defense, noting that the stab wounds were not consistent with the claim that she had been pinned down by him during a fight as the wounds were inflicted at intervals and in a manner inconsistent with a person lying down.

The court also heard during the trial, which ended in May with Kamande's conviction, that the night before the incident she had found old love letters on his cell phone and confronted him about them, with the argument continuing the following day, when the fatal episode occurred.

Judge Lesiit called Kamande's actions "manipulative" and noted that she showed no remorse for the extremely bloody encounter.

AMNESTY INTERNATIONAL faults sentencing to death of Ruth Kamande; asks Uhuru to commute the sentence to allow rehabilitation of the beauty queen. pic.twitter.com/fSNmSurLI1

​Kamande has been in the Lang'ata Women Prison in a south Nairobi suburb since 2015, and while detained there she won a Miss Lang'ata beauty pageant in 2016. Kamande's lawyer attempted to use this as proof of her good behavior in arguing for a more lenient sentence, Channel News Asia reported.

However, Mohammed's family is satisfied that the sentence matches the crime.

"We're glad that this day came, and his grandparents, his sister were actually in court today when this verdict was given," said his aunt, Emmah Wanjiku, to reporters following the sentencing Thursday. "He had just started his job when his life was cut short."

Civil rights groups have protested the sentencing, with Amnesty International director Irungu Houghton noting that the sentence was "a blow to Kenya's progressive record in commuting death sentences to terms of imprisonment."

Kenya has made significant moves toward abolishing the death penalty in recent years, although the punishment remains on the books. One of the biggest obstacles to executing Kamande, if it comes to that, will be that Kenya presently has no hangmen to perform the task.

The Star Kenya noted Thursday that the East African country's last and longest serving hangman, Kirugumi wa Wanjuki, died in 2009, and nobody has been appointed to replace him. Kenya hasn't executed anyone since 1987, when a pair of Kenyan Air Force civilian associates were hanged for treason.

Since assuming the presidency in 2013, Kenyan President Uhuru Kenyatta has made a habit of commuting death row inmates' sentences to life imprisonment. A 2016 commutation removed 2,747 convicts from Death Row, only 92 of whom were women.

Then in 2017, the Supreme Court went even further, ruling that the mandatory penalty was unconstitutional. However, the Office of the Attorney General later clarified that this did not abolish the death penalty; it merely gave courts discretion in sentencing similar cases.

The death penalty remains on the books in Kenya for four offenses: murder and attempted murder, treason, administering an oath purported to bind a person to commit a capital offense, and robbery or attempted robbery with violence.