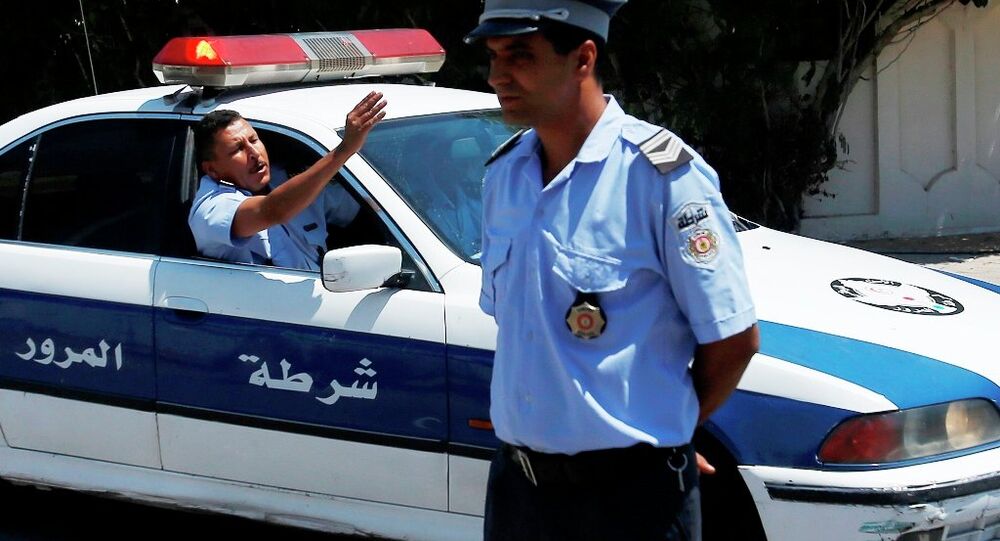 MOSCOW (Sputnik) - Nine police officers were killed Sunday in a terrorist attack in the north-west of Tunisia, close to the border with Algeria, TAP reported.

The security forces in two vehicles were patrolling the border area when a grenade was thrown at one of the cars. Exchange of fire between the military and terrorists followed the blast.

#RT @Oded121351: #Tunisia- 8 National Guard members reportedly killed, 1 wounded in ambush of 2 vehicles (and possibly post) patrolling the border with #Algeria, near #Ghardimaou, #Jendouba Governorate, in what is likely an #OIB-#AQIM attack pic.twitter.com/lefBOzi4DB

Since the Tunisian Revolution in 2011, the country has faced a growing terrorist threat. Since 2014, Tunisia has been conducting operations against militants linked to al-Qaeda* terrorist group, seeking to root them out from a hideout in the Chaambi area near the Algerian border.

In 2015, Tunisia was shaken by two terrorist attacks, at the Tunis Bardo National Museum in March and at a beach resort in the town of Sousse in June, which together claimed the lives of over 60 civilians, mostly foreign tourists.