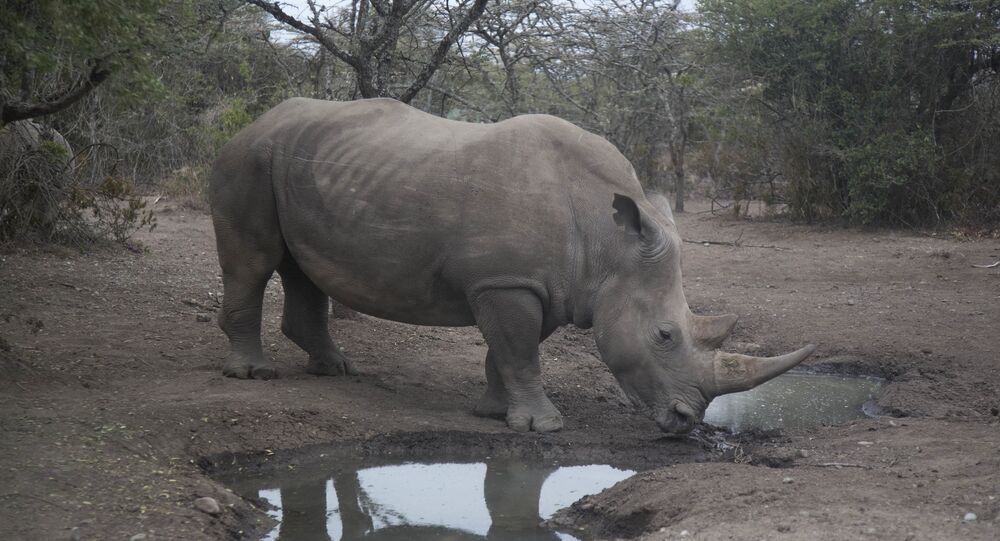 Lab Embryos Could Bring Northern White Rhino Back From Extinction

The last remaining female Northern White Rhinos could soon be expecting their first "test-tube" offspring after viable embryos have been successfully spawned from the preserved egg and sperm samples of the species.

The dramatic breakthrough comes just months after the death of the last surviving male member of the subspecies, named "Sudan," which galvanised support for innovative ways to bring one of Africa's most iconic beasts back from the brink of extinction.

Forget the woolly mammoth cloning vanity project, this is where we should be investing our resources:

The first ever hybrid rhino embryo has been successfully created by a consortium of scientific organisations in Europe. More here: https://t.co/bGS5y68p56 #NorthernWhiteRhinos

While borrowing heavily from prize horse-breeding techniques, the break-through is hoped to lead to birth a new generation of breeding animals both in the wild and in captivity across Africa, Europe and North America.

Historically poached for the value of their ivory horns, the Northern White Rhino population, which was once endemic to Central and Eastern Africa, plunged during the 20th century to a population of only 500 in 1980s.

By the turn of the millennium, the population was further reduced to 32 and by 2008 conservationists had largely abandoned hope of the species surviving through natural breeding processes due to the small size of the group and health problems among many female specimens.

A closely related subspecies, the Southern White Rhino survives with a population of around 20,000.